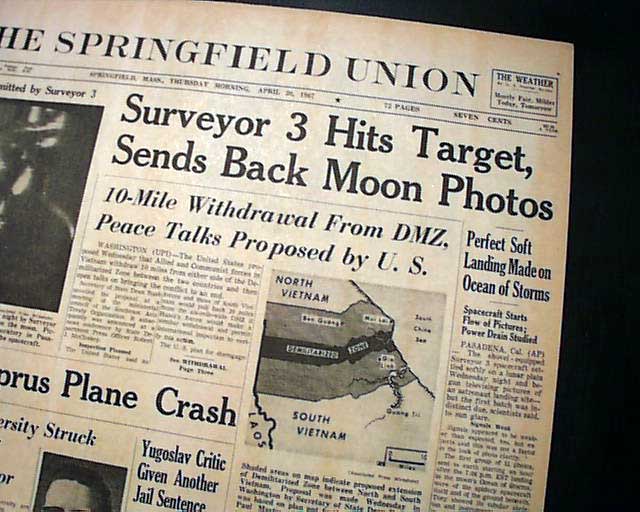 The top of the front page has a five column headline: "Surveyor 3 Hits Target, Sends Back Moon Photos" with subheads and related photo. (see) This was the first mission to carry a surface-soil sampling-scoop. It was visited by Apollo 12 astronauts in 1969, and remains the only probe visited by humans on another world.
Complete with 70 pages, light toning at the margins, nice condition.