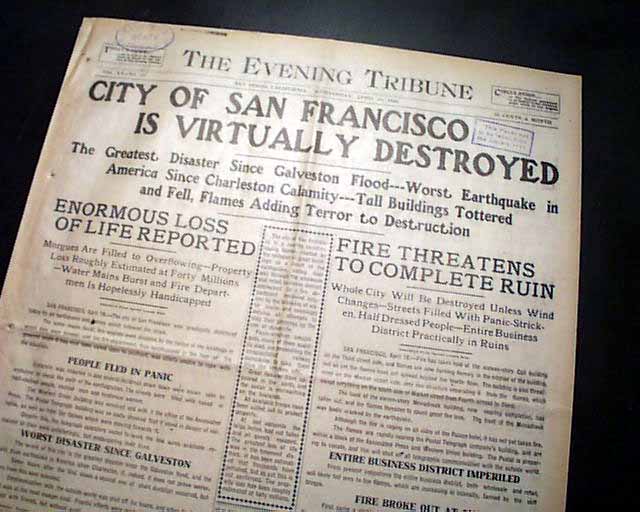 
THE EVENING TRIBUNE, San Diego, California, April 18 1906  The front page features a very dramatic announcement of the San Francisco earthquake and fire, with banner headlines: "CITY OF SAN FRANCISCO IS VIRTUALLY DESTROYED" "The Greatest Disaster  Since Galveston Flood---Worst, Earthquake in American Since Charleston Calamity---Tall Buildings Tottered and Fell, Flames Adding Terror to Destruction".
Plus there are many subheads as seen in the photos, with the entire front pate taken up with reports of the disaster.
Great to have this report in a California newspaper.
Complete in 8 pages, small binding holds at the blank spine, two library stamp near the top, in uncommonly nice, clean condition.