Home > Back to Search Results > Battleship Maine is sunk...
Click image to enlarge 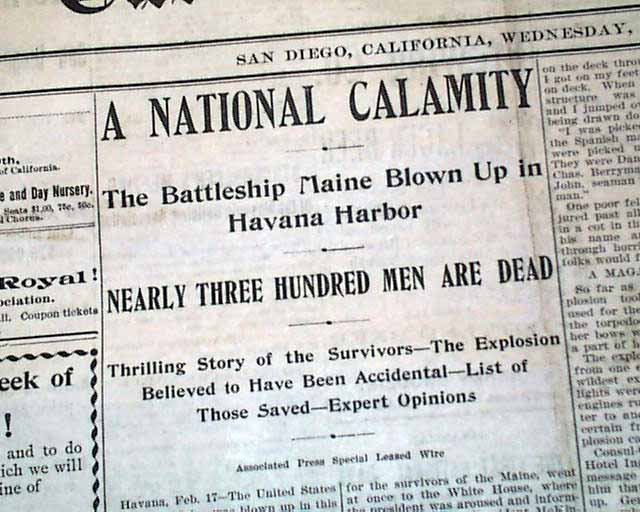 The front page has a nice stack of two-column heads on the battleship Maine tragedy: "A NATIONAL CALAMITY" "The Battleship Maine Blown Up in Havana Harbor" "NEARLY THREE HUNDRED MEN ARE DEAD" "Thrilling Story of the Survivors--The Explosion Believed to Have Been Accidental--List of Those Saved--Expert Opinions".
There is considerable reporting on this notable event, thought of by many as the most memorable event of the Spanish-American War.
Four pages, library stamp in the masthead, in surprisingly nice condition.