Home > Back to Search Results > General Gage clamps down on the "traitorous" colonists...
Click image to enlarge 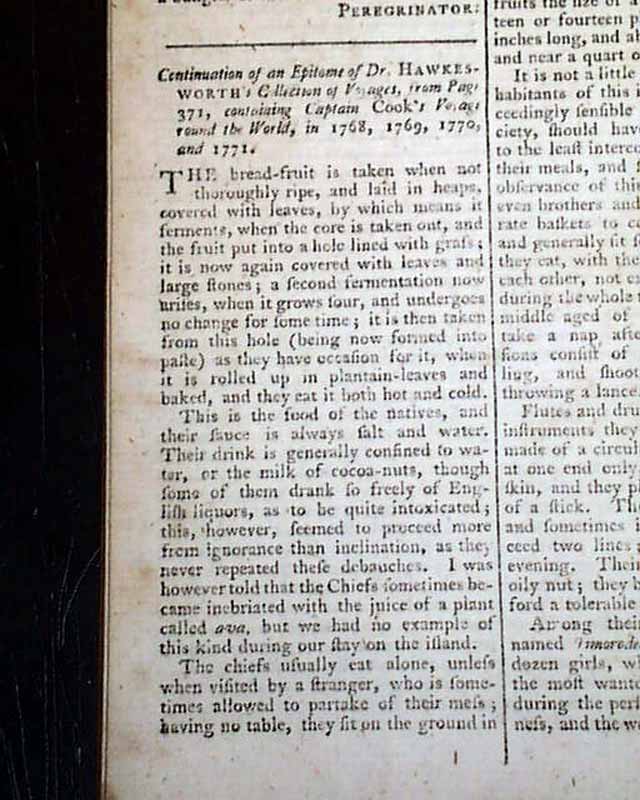 General Gage clamps down on the "traitorous" colonists...


THE TOWN & COUNTRY MAGAZINE, London, August, 1774  Formatted much like the 'Gentleman's Magazine" but a much less common title.
A full page report headed: "America" begins by telling of the fortitude of the American people. In a report from Boston is: "Most of the stores on the Long Wharf are not shut up; hundreds of the poor are out of employ, and many who lived genteelly will soon be returned to the last shilling. Yet under these unhappy circumstances, people in general have that fortitude which did honour to the ancient  Romans. 'Undaunted by tyrants, we'll die or be free'. A politico mercantile congress seems now to be the voice of all the colonies from Nova Scotia to Georgia...".
There is also talk of the Boston Port Bill.
Perhaps the most notable report is a Proclamation signed by the governor of Massachusetts: Tho. Gage, in which he forbids any unlawful combination of people who are supportive of actions against England, particularly: "...to suspend all commercial intercourse with the island of Great Britain until certain acts of the British parliament shall be repealed...". Gage notes such actions as: "...scandalous, traitorous and seditious...calculated to inflame the minds of  the people...and to excite them to enter into an unwarrantable, hostile and traitorous combination to distress the British nation..." and much more.
A very notable and famous Proclamation that would do much to lead the colonists to war against England.
Plates called for are lacking.
A very historic issue on at least two accounts.
Complete in 56 pages, full title/contents page, 5 by 8 inches, very nice condition.