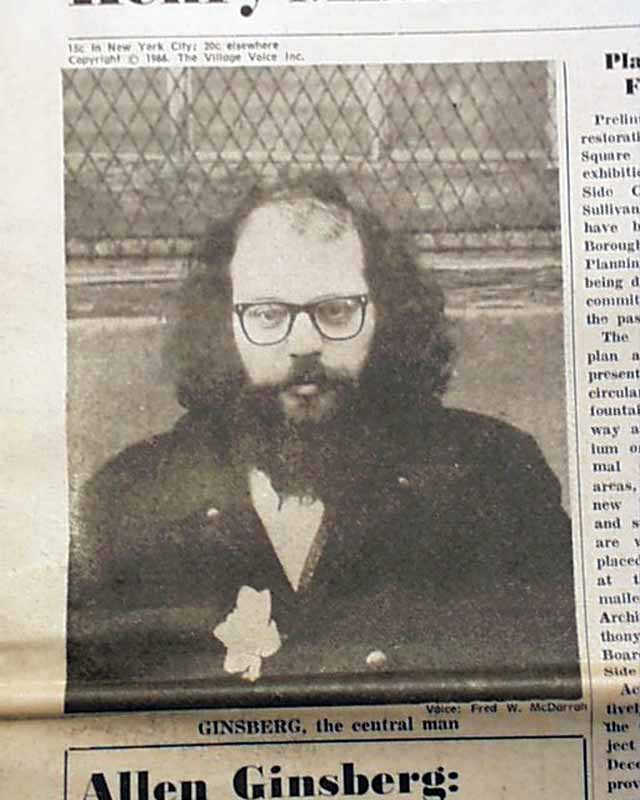 A great issue of this famous counter-culture newspaper as the front page features an article with photo of: "Allen Ginsberg: Hustler for Life".
It is worth noting that "The Village Voice" was an American news and culture paper, known for being the country's first alternative newsweekly. Founded in 1955, the Voice began as a platform for the creative community of New York City.
So this is the perfect platform for an article on Ginsberg, one of the leading figures of both the Beat Generation during the 1950s and the counterculture that soon followed. The lengthy article carries over to page 13.
Additionally, inside has 3 pages on the Obie Awards, annual Off-Broadway Theater Awards originated by The Village Voice newspaper for theatre artists and groups in New York City. The best actor award winner for 1965-1966 was Dustin Hoffman, two years prior to his break-out role in "The Graduate". Such coverage would not be found outside of this newspaper.
Complete in 40 pages, tabloid-size, one crease across the center, small archival mend on page 2, generally in very nice condition.