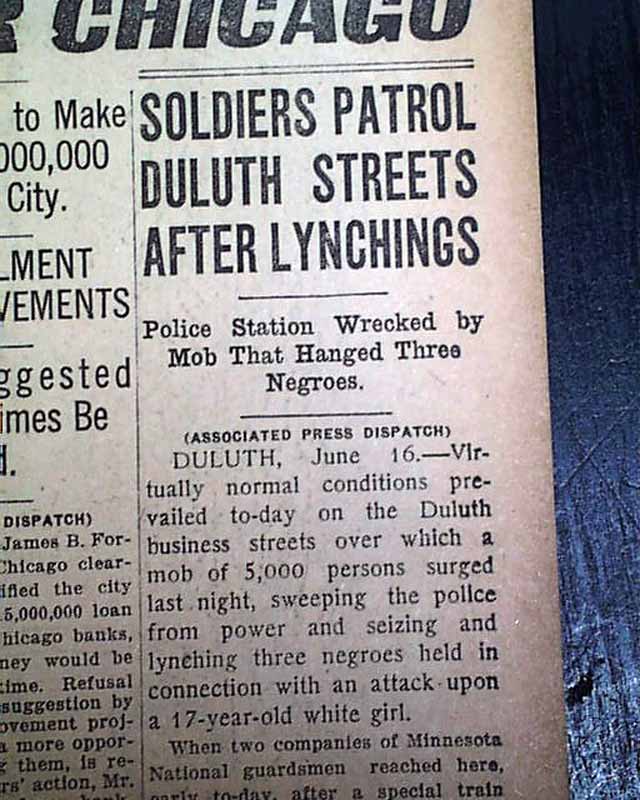 The front page has a one column heading: "Soldiers Patrol Duluth Streets After Lynchings" and more. (see)
Other news, sports and advertisements of the day. Complete in 24 pages, light toning and minor wear at then margins, irregular along the spine, generally nice.