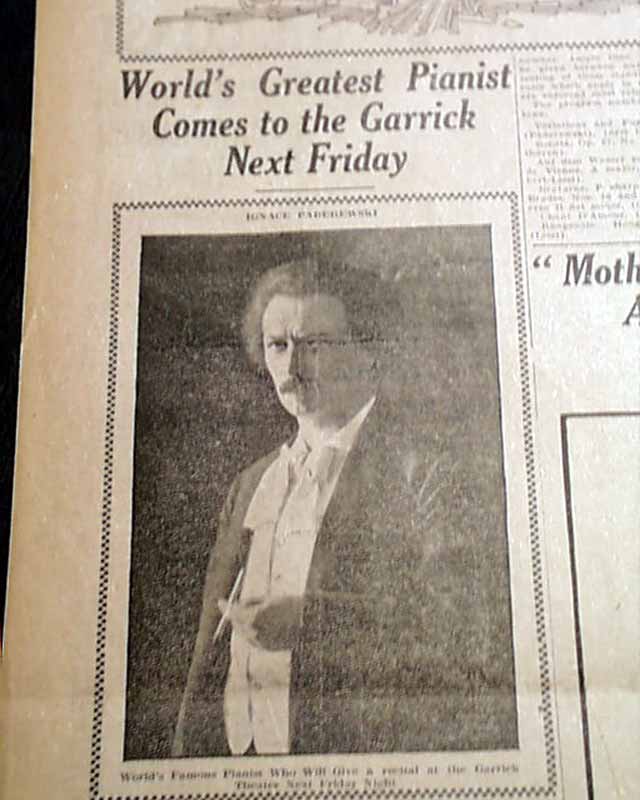 
THE EVENING TRIBUNE, San Diego, California, Feb. 29,1908  Page 2 contains a rather large report on a coming concert of Ignace Paderewski, headed: "World's Greatest Pianist Comes to the Garrick Next Friday".
The large photograph of him is captioned: "World's Famous Pianist Who Will Give a recital at the Garrick Theater Next Friday Night", with an article as well.
Although world famous as a Polish pianist and composer, he would later become a spokesman for Polish independence. In 1919 he would become the new nation's Prime Minister and would sign the Treaty of Versailles, which ended World War I.
Eight pages, small binding holes at the blank spine, in surprisingly nice condition.