Home > Fine issue on the Monitor vs. the Merrimac...
Click image to enlarge 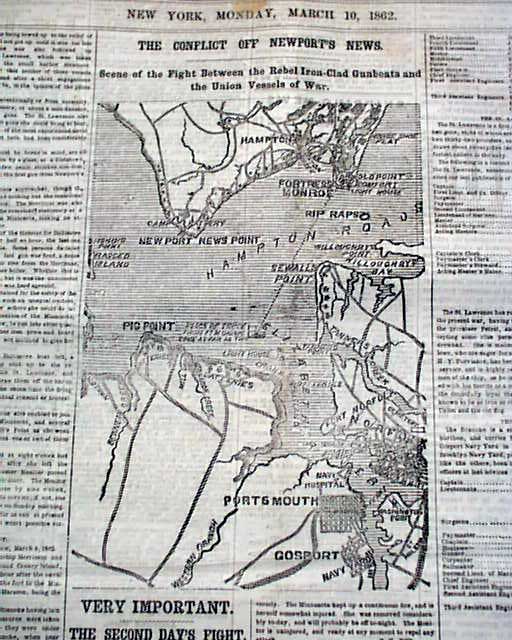 Fine issue on the Monitor vs. the Merrimac...

NEW YORK HERALD, March 10, 1862  Front page first column heads report on the most famous naval battle of the Civil War: "Important From Fortress Monroe" "The Merrimac Out of Norfolk" "Tremendous Naval Conflict" "The Union Frigate Cumberland Sunk" "About One Hundred Lives Lost" "The Union Ships-of-War Minnesota, Roanoke, St. Lawrence and Mystic Engaged in the Fight" "Arrival of the Ericsson Iron-Clad Steamer Monitor from New York" "Another Naval Engagement" "The Merrimac, Jamestown and Yorktown Attack the Monitor" "She Beats Them Off and Disables the Merrimac" "Splendid Success Of The Monitor" "Sketches of the Vessels Engaged on Both Sides" and more.
Included is a front page map headed: "The Conflict Off Newport News - Scene of the Fight Between the Rebel Iron-Clad Gunboats and the Union Vessels of War" with fine coverage taking the entire front page.
More war-related content throughout the issue including a war map on the back page.
Eight pages, irregular at the spine, an old tape mend in the masthead, and the front leaf is trimmed a bit smaller than the rest of the issue 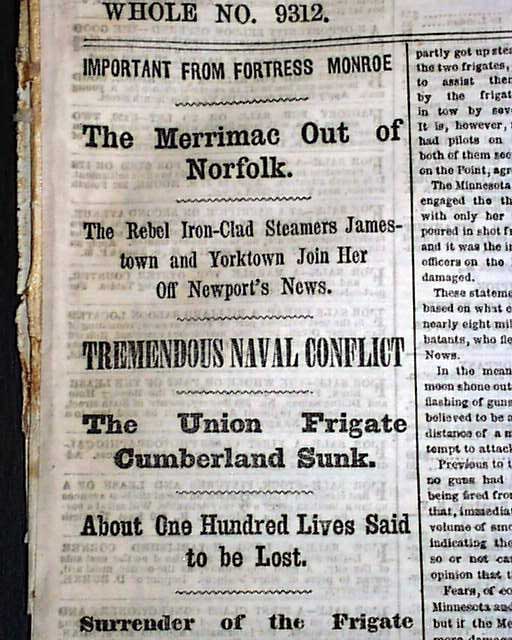 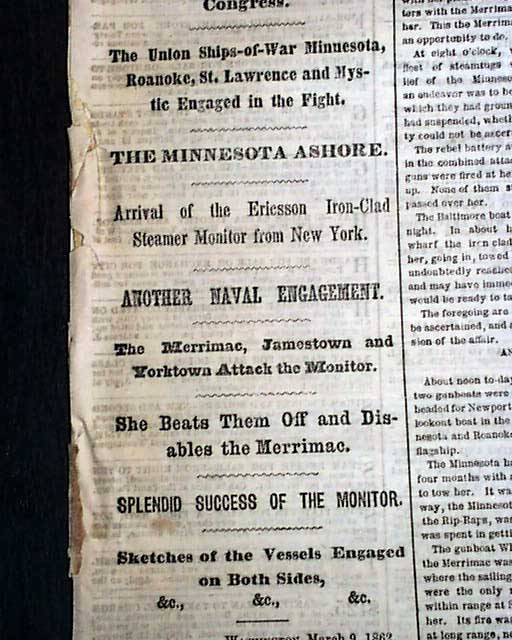 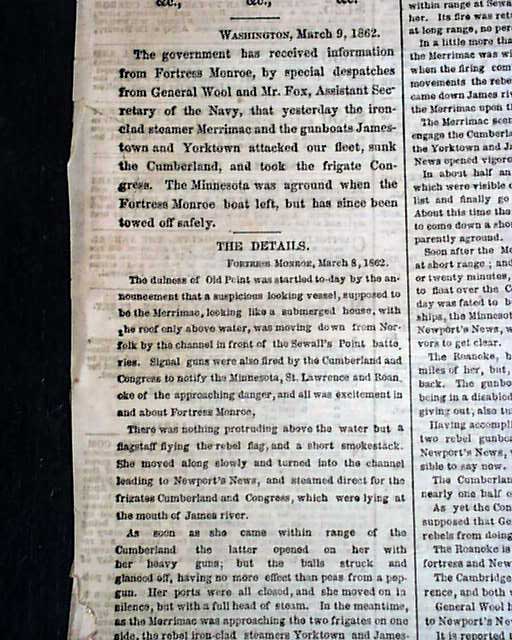 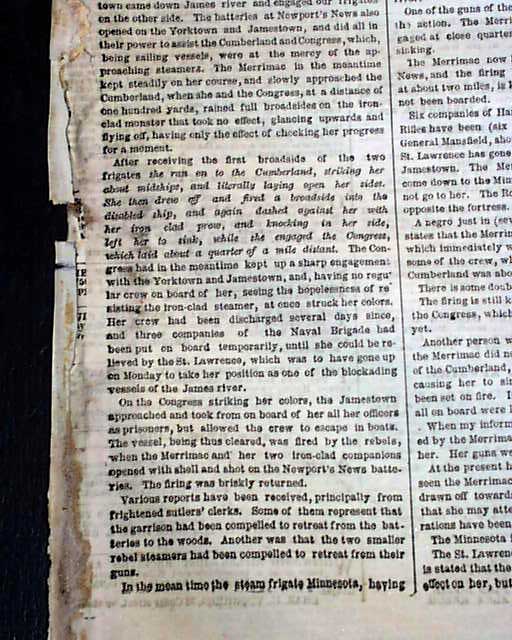 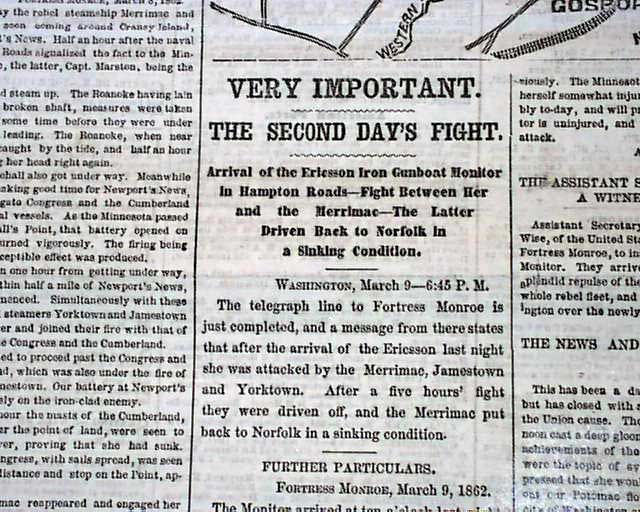 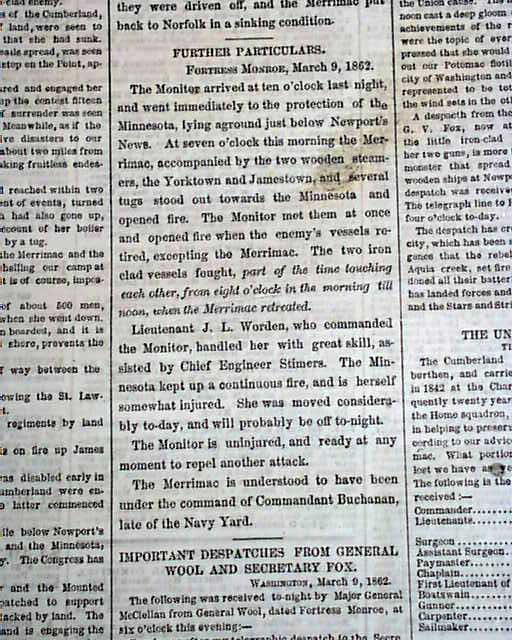 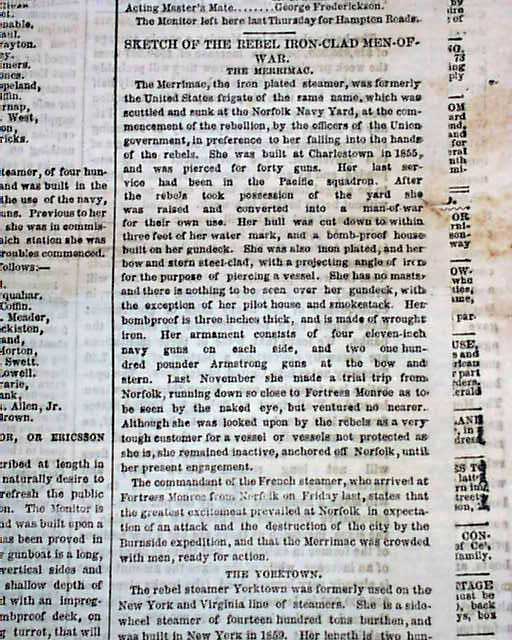 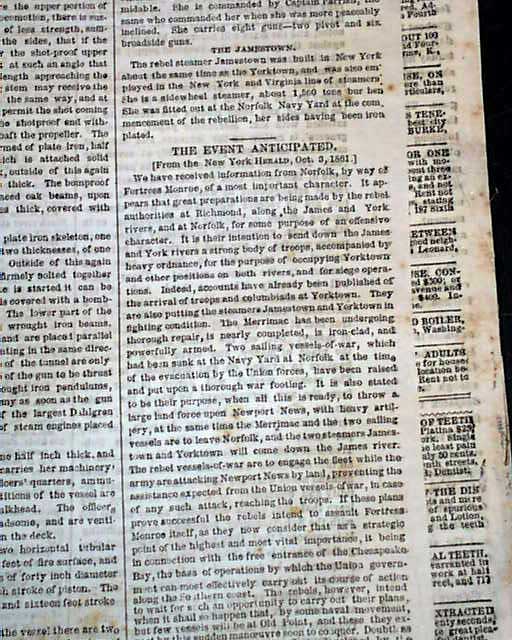 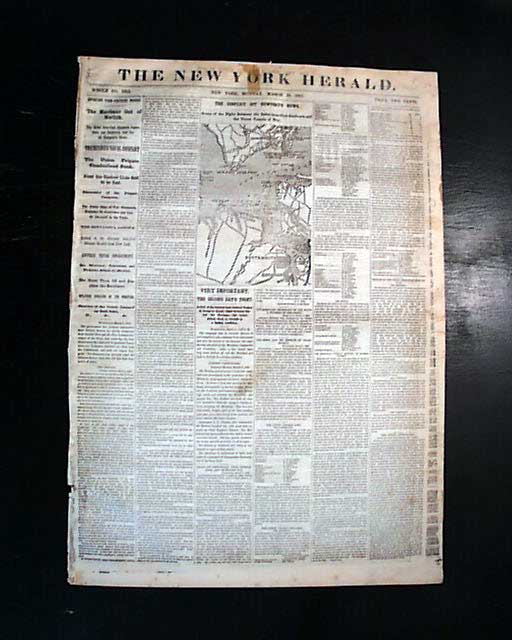 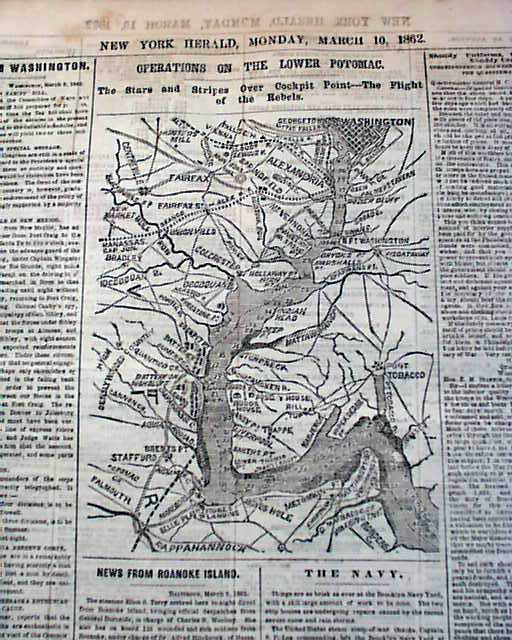 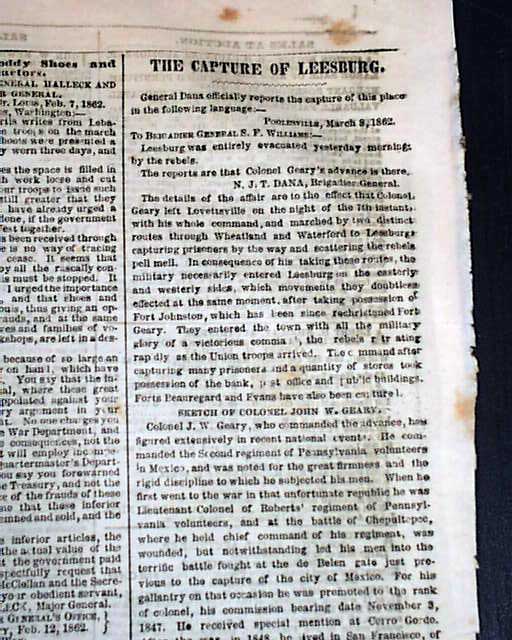 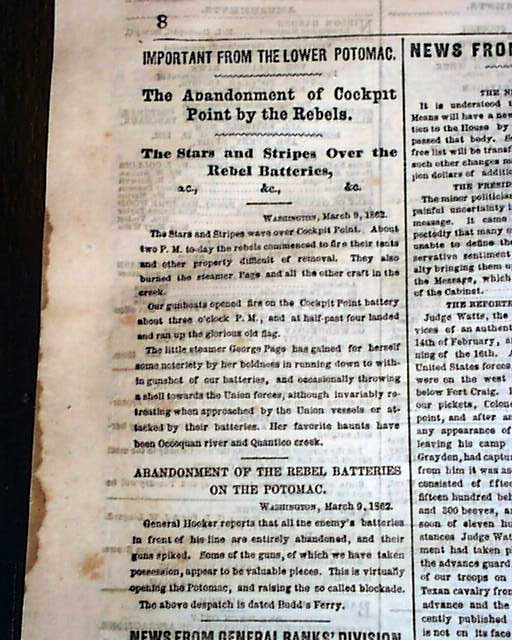