Home > Back to Search Results > Beginning of the Civil War...
Click image to enlarge 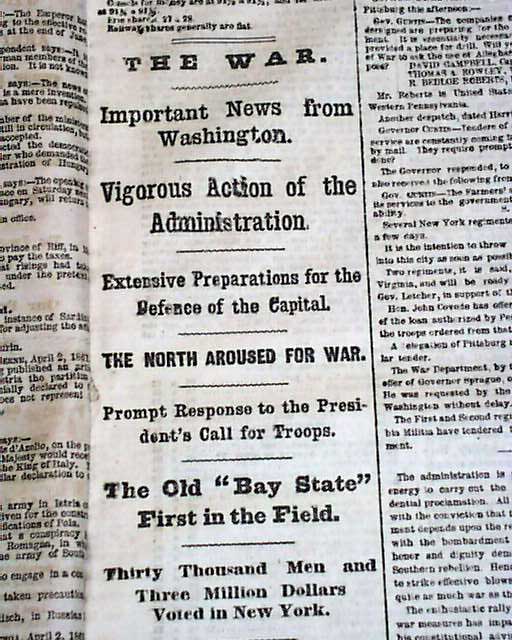 Beginning of the Civil War...

Among the one column headlines on the Civil War on page 3 are:  "THE WAR" "Important News from Washington" "Extensive Preparations for the Defense of the Capital" "THE NORTH AROUSED FOR WAR" "The Old 'Bay State' First In The Field" "Maryland Still True to the Constitution" "Additional Particulars of the Bombardment of Fort Sumter" "Prompt Response to the President's Call for Troops" "Thirty Thousand Men and Three Million Dollars Voted in New York" and more.
The front page is taken up with European reports.
Twelve pages, nice condition.