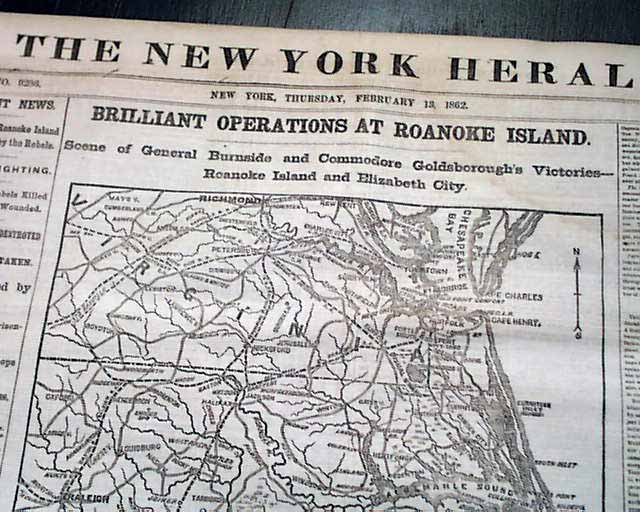 Taking close to half of the front page is a great map: "Brilliant Operations At Roanoke Island -- Scene of General Burnside and Commodore Goldsborough's Victories--Roanoke Island & Elizabeth City." The map and reports take all of the front page and conclude on the back page.
Front page column heads include: "Important News" "The Capture of Roanoke Island Fully Confirmed by the Rebels" "Terrible Fighting" "Three Hundred Rebels Killed and One Thousand Wounded" "The Entire Rebel Fleet Destroyed" "Elizabeth City Taken" "The Place Burned by the Rebels" & more.
The back page also has a map: "The Union Feeling In Tennessee" "The Splendid Trip of the Union Gunboats Through Kentucky and Tennessee to Florence, Alabama..."
Eight pages, very nice condition.