Home > Back to Search Results > Jesse Ownes is suspended... Berlin Olympic games come to an end...
Click image to enlarge 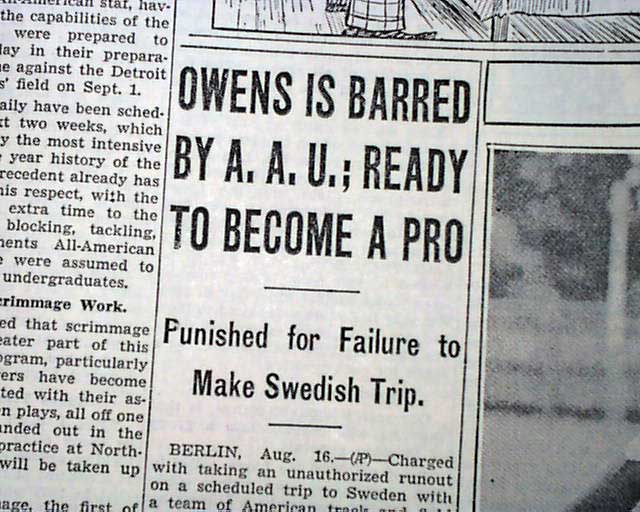 The front page of the sport's section (inside) has a one column heading: "OWENS IS BARRED BY A.A.U.; READY TO BECOME A PRO" with subhead. (see) Also a two column heading: "Olympic Games End With Dramatic Flag Ceremony" (see)
Complete in 30 pages, this is the rare rag edition that was produced on very high quality newsprint, with a high percentage of cotton & linen content, allowing the issues to remain very white & sturdy into the present. Given the subscription cost, libraries & institutions rather than individuals were the primary subscribers of these high-quality editions. Nice condition. A few small binding holes along the spine.