Home > Back to Search Results > Should the U.S. boycott the 1936 Olympics?
Click image to enlarge 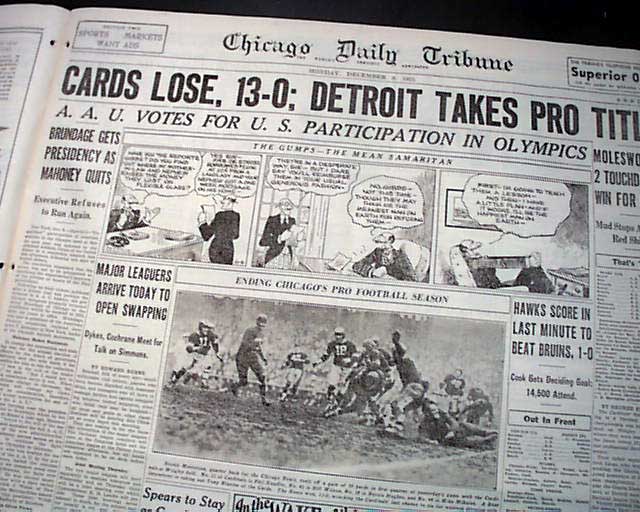 There was considerable controversy in the United States preceding the 1936 Olympics as to whether the games should be boycotted due to Hitler's Nazi regime and its treatment of Jews and non-Ayran races. There were many individual and groups vigorously arguing for a boycott, while other felt politics should play no part in the Olympic games.
It wasn't until the Amateur Athletic Union voted to attend that the tipping point had been reached, deciding for U.S. participation. Other countries--as many were also considering a boycott--then fell in line for attendance as well.
The front page of the sport's section reports this historic decision with a seven column headline: "A.A.U. VOTES FOR U. S. PARTICIPATION IN OLYMPICS" with related subheads. This was a very notable decision which would lead to one of the more memorable of all Olympic Games bringing international fame to Jesse Owens & others, particularly in light of Hitler's attendance and his belief in inferior races.
Complete in 32 pages, this is the rare rag edition that was produced on very high quality newsprint, with a high percentage of cotton & linen content, allowing the issues to remain very white & sturdy into the present. Given the subscription cost, libraries & institutions rather than individuals were the primary subscribers of these high-quality editions. Nice condition. A few small binding holes along the spine.