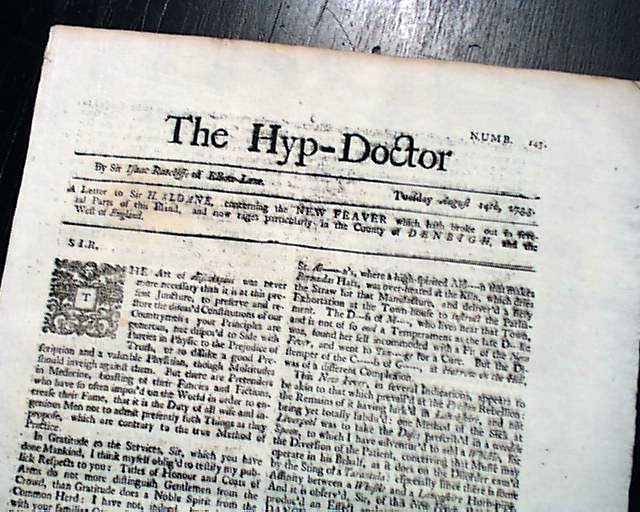 
THE HYP-DOCTOR, London, Aug. 14, 1733  The title is an archaic phrase for a "hodgepodge of nonsense". This curious paper published from 1730-1741, a pro-Walpole (first Prime Minister of Great Britain) newspaper created to oppose another British title "The Craftsman".
The focus is noted in the masthead: "A Letter to Sir H. Sloane Concerning the New Feaver which hath Broke out in Several Parts of this Island..."
A single sheet issue with wide, untrimmed margins, 9 by 14 1/4 inches, partial red tax stamp on the back page, very nice condition.