Home > Back to Search Results > The King officially incorporates the trustees for establishing Georgia...
Click image to enlarge 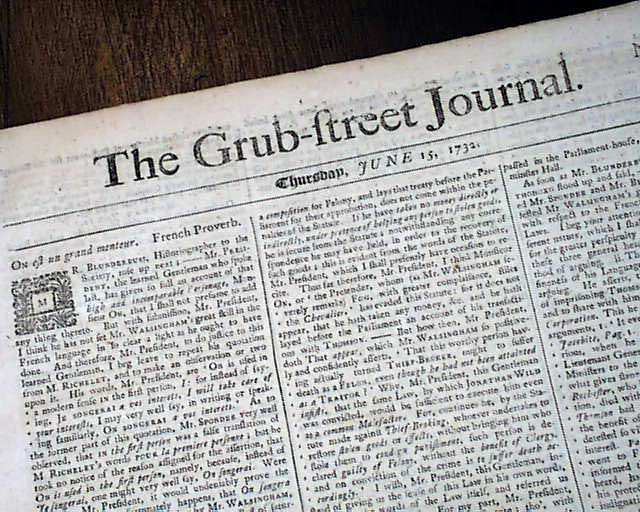 The King officially incorporates the trustees for establishing Georgia...


THE GRUB STREET JOURNAL, London, June 15, 1732  A quite rare title which existed from 1730 - 1738, but which rarely comes into the hands of collectors The ftpg. content was satirical in tone, while page 2 is mostly taken up with a wealth of news tidbits.
One of the reports notes: "His Majesty...was graciously pleased to sign the engrossed Bill incorporating Trustees for establishing the colony of Georgia in America; so that the charter is now entirely passed  through the Secretary of State's Office...".
Four pages, red tax stamp on the back page, 10 by 14 1/2 inches, nice condition.