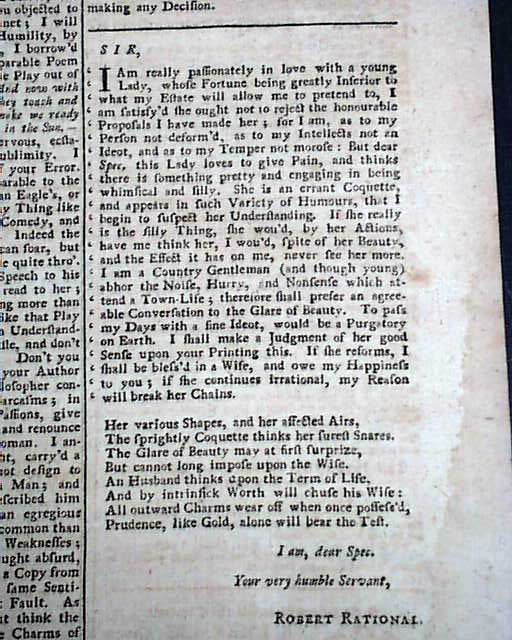 An early and uncommon title from England. Although the news is mostly European there are two bits from America: "Col. Phipps, a native of, and resident in New England, is appointed Lieutenant Governor of the province of the Massachusetts Bay..." with the decease of Jonathan Belcher. Also: "There is advice from Virginia...." concerning several ship arrivals.
Perhaps the best item is a ftpg. letter that's much like a "Dear Abby" item, reading in part: "I am really passionately in love with a young lade, whose fortune being greatly inferior to what my estate will allow me to pretend to...I am, as to my person not deform'd, as to my intellects not an ideot, and as to my temper not morose: But dear Spec, this lade loves to give pin, and thinks there is something pretty & engaging in being whimsical and silly...To pass my days with a fine ideot  would be a purgatory on Earth..." and more.