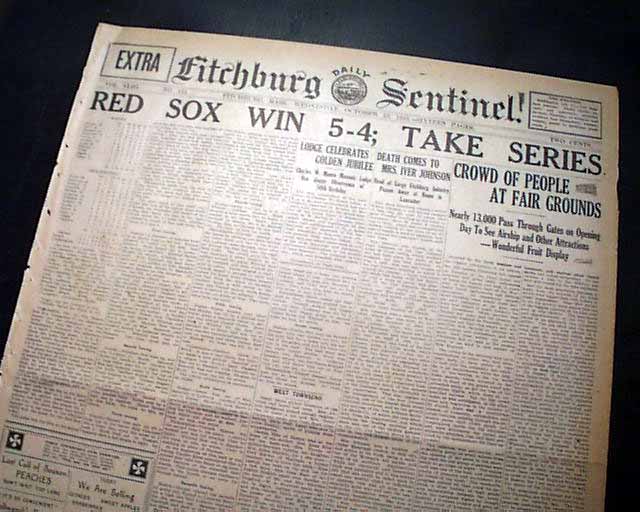 A nice banner headline announces that the Boston Red Sox defeated the Philadelphia Phillies to win the 1915 World Series: "RED SOX WIN 5-4; TAKE SERIES" with the first column containing he box score of the final game. Great for display.
The front page coverage also includes an inning-by-inning account of the game. There is additional reporting on the sports page as well.
Terrific to have in this newspaper from a Boston suburb.
Complete in 16 pages, light toning, a little spine wear, generally good.