Home > Back to Search Results > Investigating the 1919 'Black Sox' scandal, and plans for fixing the 1920 Series also...
Click image to enlarge 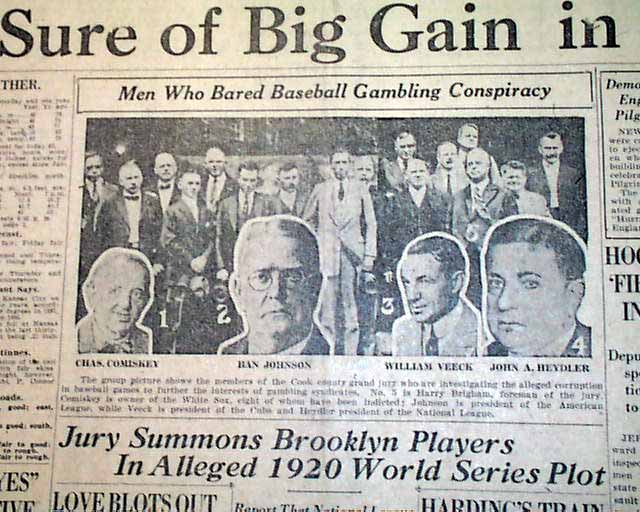 The top of the front page has a photo of: "Men Who Bared Baseball Gambling Conspiracy".
The ftpg. also has: "Jury Summons Brooklyn Players In Alleged 1920 World Series Plot" with related subheads (see photos). Interesting that, as the report notes: "While a Chicago grand jury was investigating charges that the 1919 world's series was 'fixed', New York authorities today started an inquiry into reports that the same clique of gamblers planned a crooked series for 1920...".
Also on the ftpg. is a report on investigation into the 1919 "Black Sox" scandal: "Two More Players Confess Parts in Gambling Plots to Fix World Series Games", the report carrying over to page 8.
Ten pages, binding indents at the blank spine, nice condition.