Home > Back to Search Results > Only lasted for six issues... Adams famous speech on the XYZ Affair...
Click image to enlarge 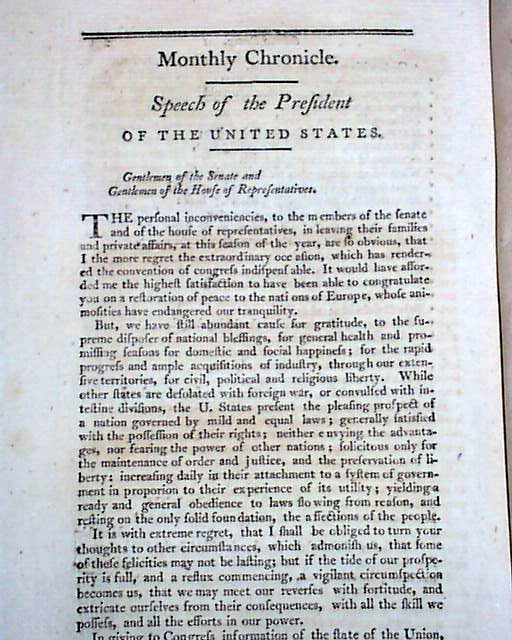 Only lasted for six issues... Adams famous speech on the XYZ Affair...

This was a short-lived magazine, existing only from January thru June, 1797.
The highlight would be the quite lengthy "Speech of the President of the United States" to the special session of Congress he had called on May 16, 1797. The focus was the growing tension with France in what would become known as the XYZ Affair. In his speech Adams called for both diplomacy and a buildup of American naval capabilities as it attempted to deal with France. This speech takes over 6 pages.
Complete in 56 pages, very wide, never-trimmed margins, 6 by 9 inches, great condition.