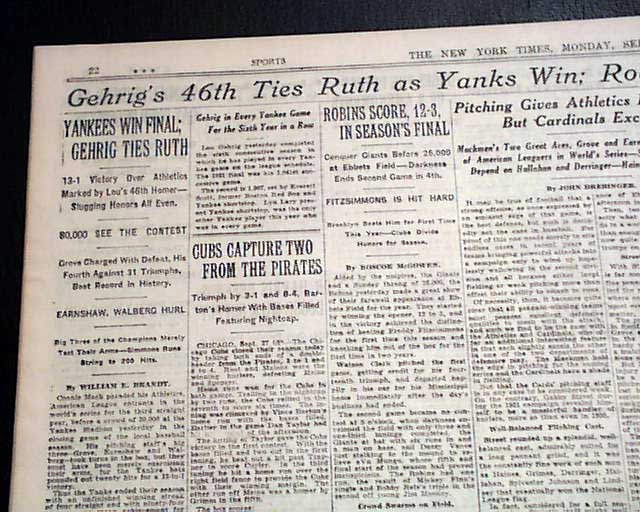 The sport's section (page 22) has a banner headline across the top reading: "Gehrig's 46th Ties Ruth as Yanks Win; Robins Beat Giants in Season's Final" with subheads that include: "Yankees Win Final; Gehrig Ties Ruth" and more with box scores. (see) Nice to have an issue with both Lou Gehrig and Babe Ruth mentioned within the same heading.
Complete with all 40 pages, rag edition in great condition. A few small binding slits along the spine.

President Truman not to run again in ...