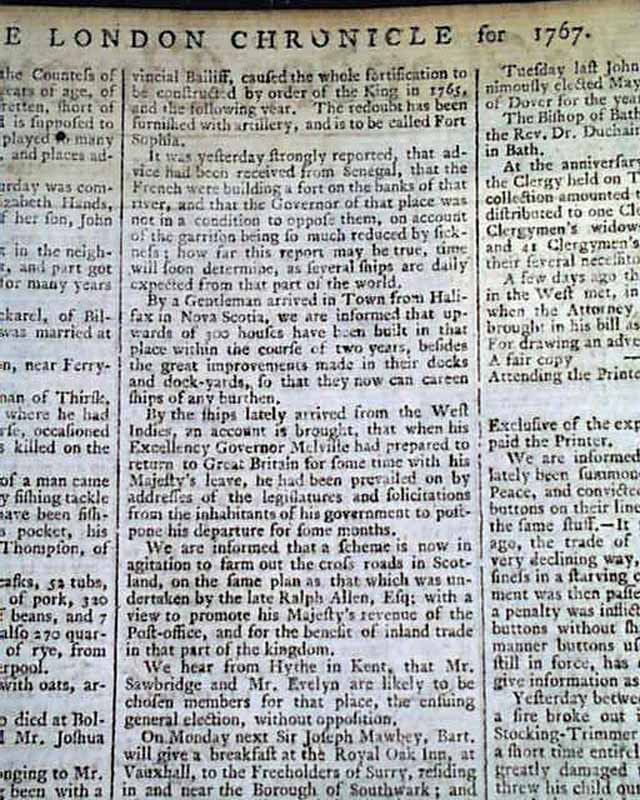 
THE LONDON CHRONICLE, England, September 12, 1767  Page 2 has a report noting that Halifax, Nova Scotia, has: "...upwards of 300 houses have been built in that place within the course of two years...".
Another page has a report taken from "The South Carolina Gazette", mostly taken up with of the Lt. Governor of West Florida which includes: "...What most other Colonies think of you when they know how to tax the subject merely for your own benefit & advantage...Such grievances call aloud for redress..." with more.
The balance of the issue is taken up with various reports from Europe from just 8 years before the outbreak of the Revolutionary War.
Eight pages, 8 1/2 by 11 inches, good condition.