Home > Back to Search Results > How the French in Canada relate to the British government...
Click image to enlarge 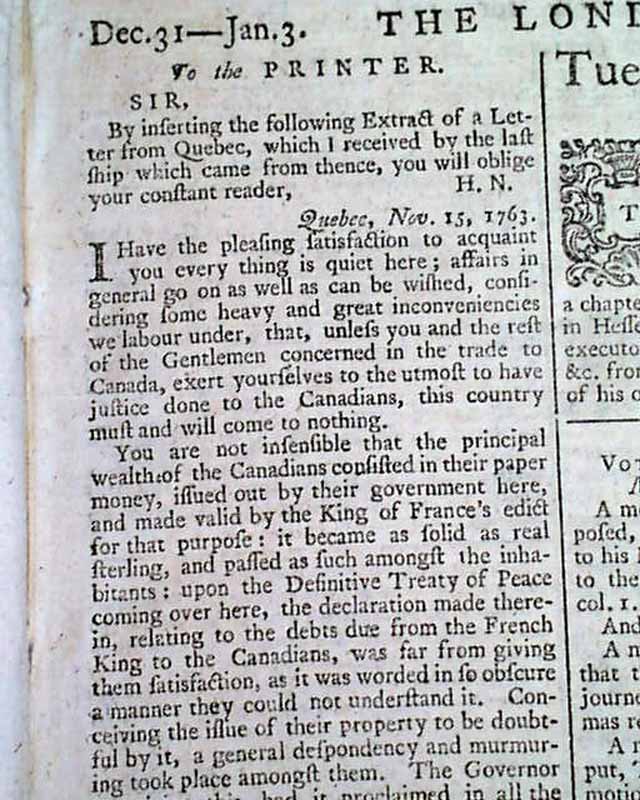 How the French in Canada relate to the British government...


THE LONDON CHRONICLE, England, Jan. 3, 1764  Inside has most of a column taken up with a letter from Quebec, which includes in part: "I have the pleasing satisfaction to acquaint you every think is quiet here; affairs in general go on as well as can be wished...upon the Definitive Treaty of Peace coming over here, the declaration made therein relating to the debts due from the French King to the Canadians was far from giving them satisfaction.....If your government is really desirous of making Canada a flourishing country & useful to Great Britain...The Canadians in general are a sober industrious people and are extremely well satisfied with the English government, but if they are to be robbed of all theirs property...in the name of the King..." and more.
Eight pages, 8 1/4 by 11 inches, some ftpg. rubbing, good condition.