Home > Back to Search Results > On the Fort Pillow Massacre, in an anti-slavery title...
Click image to enlarge 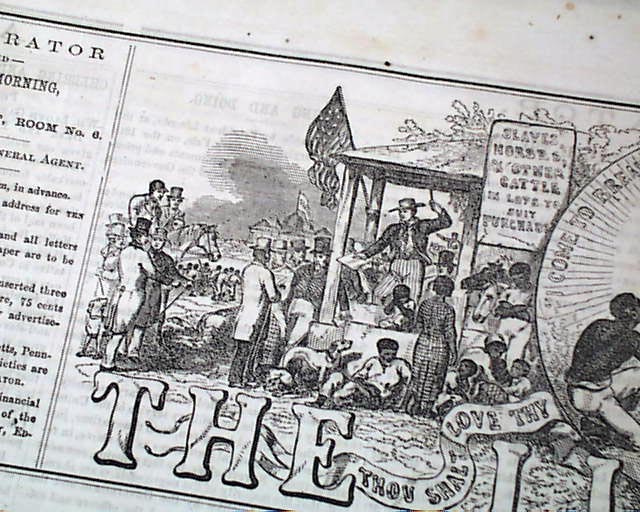 On the Fort Pillow Massacre, in an anti-slavery title...

A very famous anti-slavery newspaper published by the noted emancipator William Lloyd Garrison. The ornate engraving in the masthead features three scenes: a slave auction, an image of Jesus breaking the bonds of the oppressors, and a slave family about to depart for their journey to emancipation.
Articles include: "The Fort Pillow Murders" "The Tragedy At Fort Pillow" "The Anti-Slavery Struggle" "Value Of The Free Colored People" "What the Rebellion Means" "The Late Owen Lovejoy" "The Last Man Left in Beaufort" and more.
Four pages, never bound nor trimmed, a few discrete archival mends at folds with one tiny repaired fold juncture hole, bit of foxing. Folder size noted is for the issue folded in half.

Five issues with a Civil War-related ...