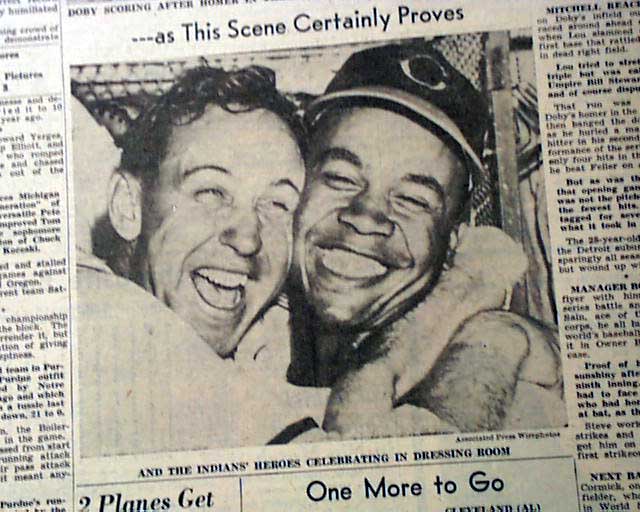 The front page of the sport's section (inside) has a banner headline: "Gromek's Seven-Hitter Beats Sain, 2-1" with subheads, box scores and five related photos, one showing Larry Doby crossing home plate after hitting run and another showing him celebrating after the game. First report coverage on game 4 of the World Series in which Larry Doby became the very 1st African American to hit a home run in the October classic.
Complete with all 50+ pages, light toning and minor wear at the margins, some small binding holes along the spine, generally nice.