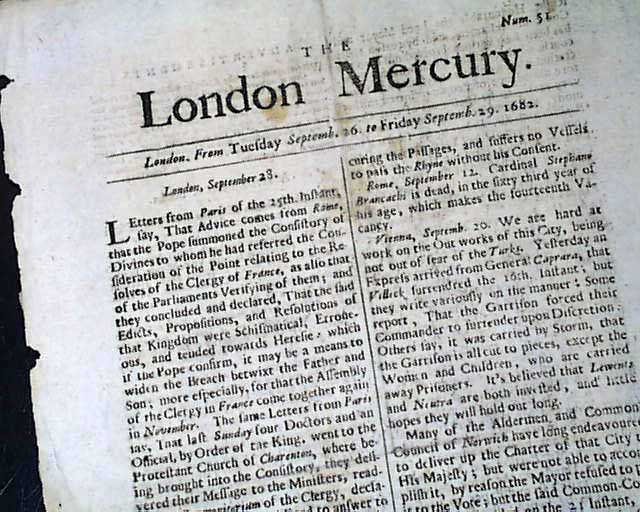 
LONDON MERCURY, Sept. 29, 1682  According to Crane and Kaye this title lasted for just 56 issues, and is held by only four institutions in the United States. This is issue #51.
A single sheet newspaper formatted much like the more common "London Gazette" with news items on pages 1 & 2, and advertisements on pg. 2 as well.
Great to have in untrimmed state with wide margins, measuring 8 by 12 inches. Very nice condition. A rare newspaper for a serious collector.