Home > Back to Search Results > The Wagon Box Fight in Wyoming...
Click image to enlarge 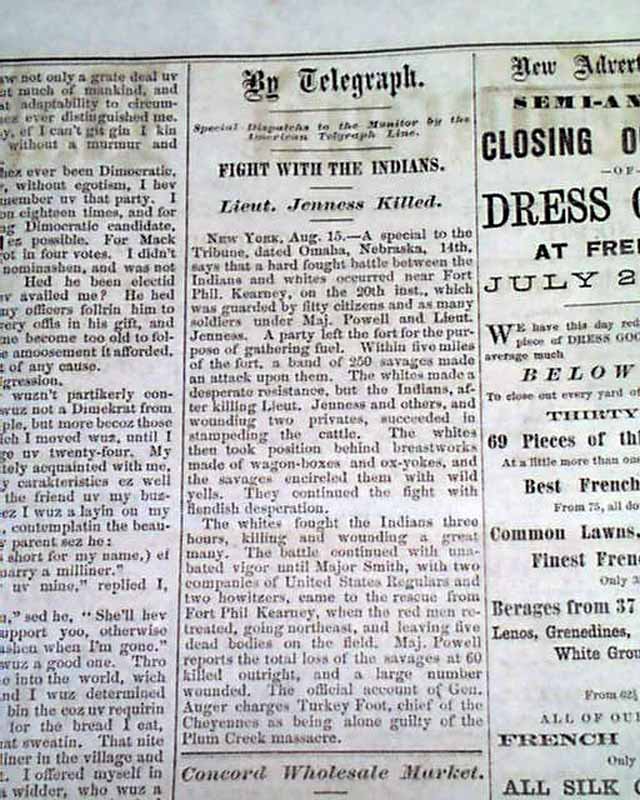 The Wagon Box Fight in Wyoming...

The top of page 2 has a report; "Fight With The Indians - Leiut. Jenness Killed".
The report notes in part: "...that a hard fought battle between the Indians & whites occurred near Fort Phil Kearney...party left the fort for the purpose of gathering fuel...band of 250 savages made an attack upon them. The whites made a desperate resistance...The whites then took position behind breastworks made of wagon-boxes  ox-yokes & the savages encircled them with wild yells..." with more.
This was known as the "Wagon Box Fight" during Red Cloud's War. The soldiers had a defensive wall of wagon boxes to protect them. They held off the attackers for hours with few casualties, although they lost a large number of horses and mules driven off by the raiders. This was the last major engagement of the war.
Four pages, nice condition.