Home > Back to Search Results > The Fetterman Massacre...
Click image to enlarge 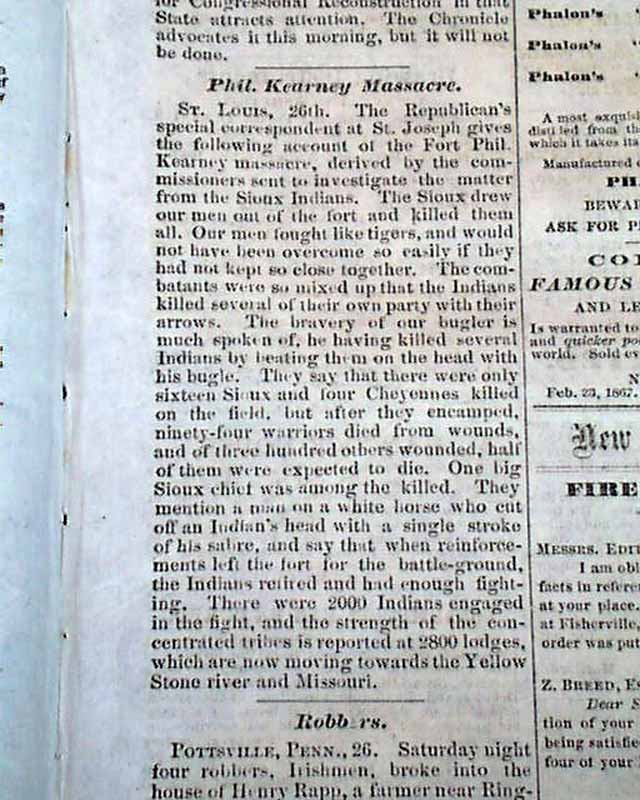 Page 3 has an article headed: "Phil. Kearney Massacre" which is more commonly referred to as the Fetterman Massacre in Wyoming.
The battle involved a detachment of the U.S. Army based at Fort Phil Kearney to protect travelers on the Bozeman Trail. A group of ten warriors acted to lure soldiers into an ambush. All 81 men under the command of Captain William J. Fetterman were then killed by the warriors. At the time, it was the worst military disaster ever suffered by the United States Army on the Great Plains.
Four pages, very nice condition.