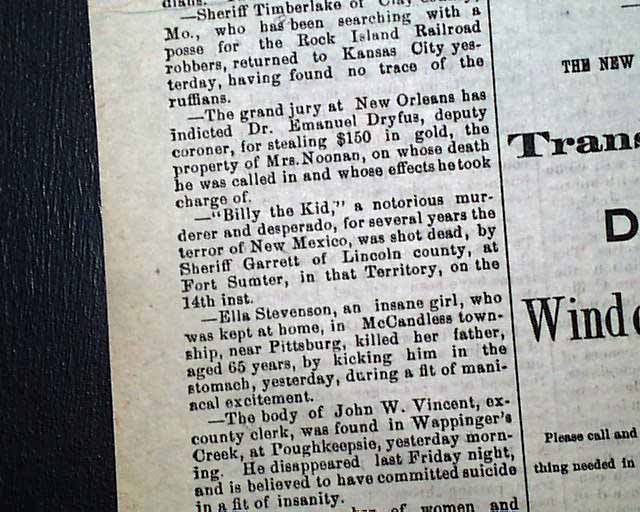 On page 2 under "News Of The Day" is a section devoted to "Crimes And Casualties". Among the news items in this section is an inconspicuous yet historic report that reads, in full: "Billy the Kid,' a notorious murderer and desperado, for several years the terror of New Mexico, was shot dead, by Sheriff Garrett of Lincoln County, at Fort Sumter, in that Territory, on the 14th inst."
Somewhat uncommon to have reports about the death of "Billy the Kid". Many tend to be brief such as this one, although this one has all the basic facts marking the end of one the most famous and legendary outlaws of the Old West.
In very good condition unlike many of the newspapers from this period which tend be pulpish and brittle.