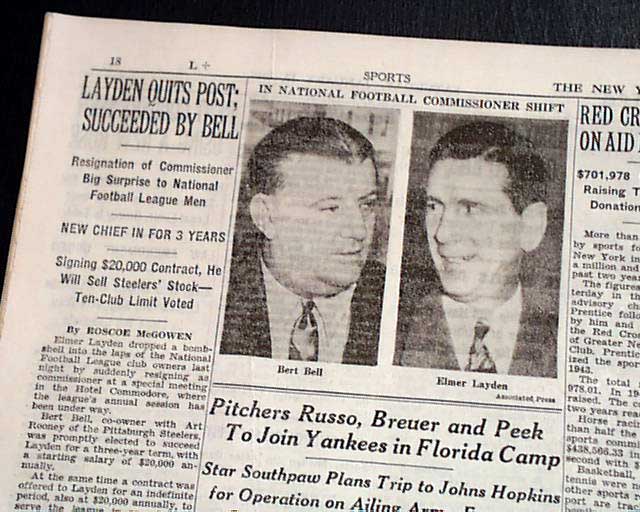 The top of page 18 has one column headings that include: "LAYDEN QUITS POST; SUCCEEDED BY BELL" "Resignation of Commissioner Big Surprise to National Football League Men" and more with 2 related photos. (see)
The front page has two reports related to the early formation of The United Nations.
Other news of the day. Complete with all 28 pages, rag edition in great condition.