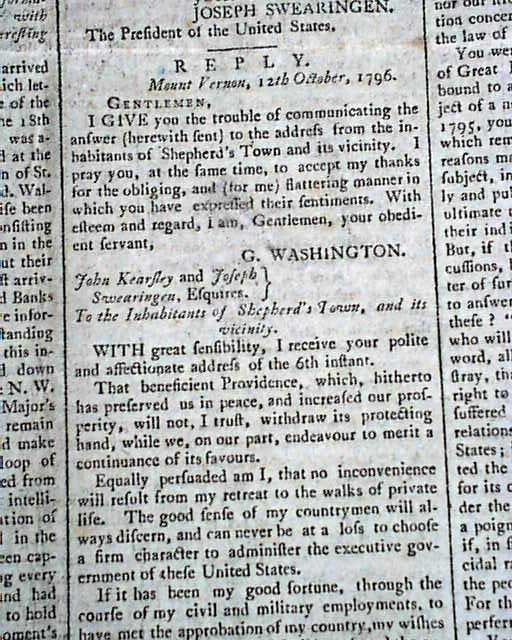 Page 2 contains two letters, each signed in type by the President: G. Washington, one to the residents of Shepherdstown in response to their note on Washington's coming retirement.
Page 3 has a letter to the governor of New York, with his replay signed in type: John Jay, plus another letter signed by John Jay.
Four pages, tiny wear hole at a fold juncture not close to mentioned content, some numeric doodling in the masthead, nice condition.