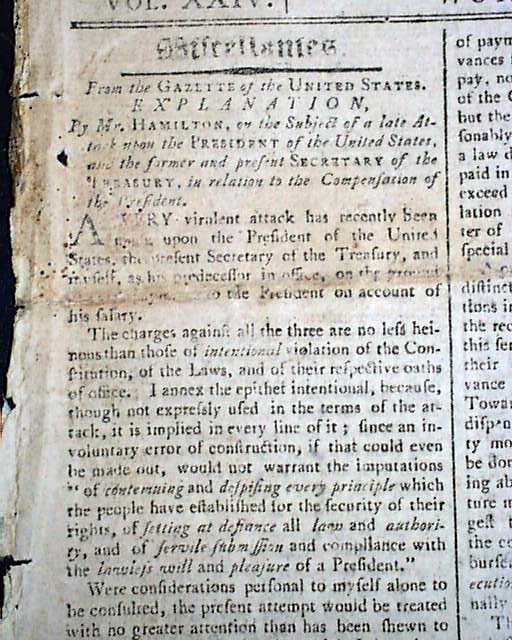 
THOMAS'S MASSACHUSETTS SPY OR THE WORCESTER GAZETTE, Dec. 9, 1795  The entire front page and a bit of page 2 are taken up with the: "Explanation, by Mr. Hamilton, on the Subject of a Late Attack upon the President of the United States, and the Former and Present Secretary of the Treasury, in Relation to the Compensation of the President". Extremely lengthy & continued in a future issue.
Page 3 has the full list of members of Congress.
Four pages, small holes at fold junctures affects 7 words in the lengthy article, otherwise mostly good.