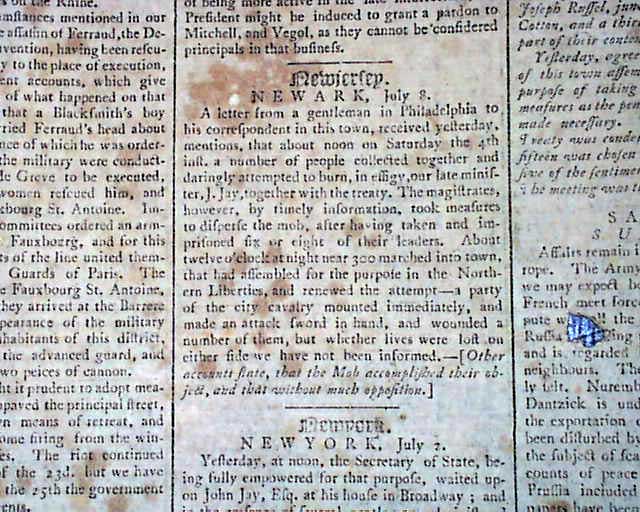 
THOMAS'S MASSACHUSETTS SPY OR THE WORCESTER GAZETTE, July 15, 1795  Evidence of how controversial the Jay Treaty with England was, page 3 has a report noting in part: "...about noon...the 4th...a number of people collected together and daringly attempted to burn, in effigy, our late minister J. Jay, together with the treaty...".
Also a lengthy listing of the ceremonial parade for the laying of the corner stone for the New State House in Mass.
Four pages, small wear hole at the fold junctures not affecting mentioned content, scattered foxing. 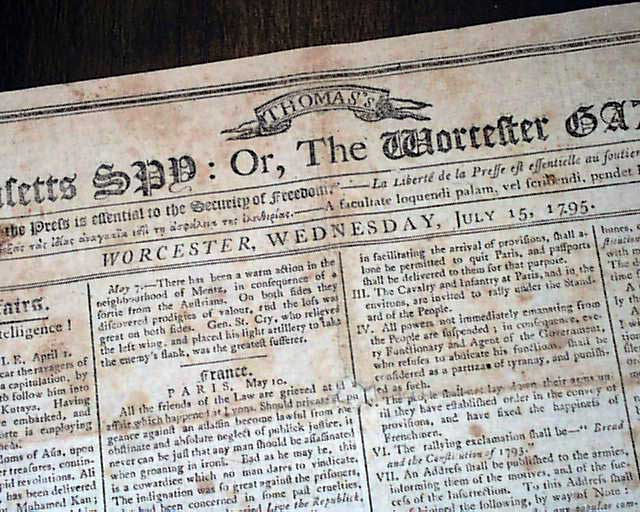 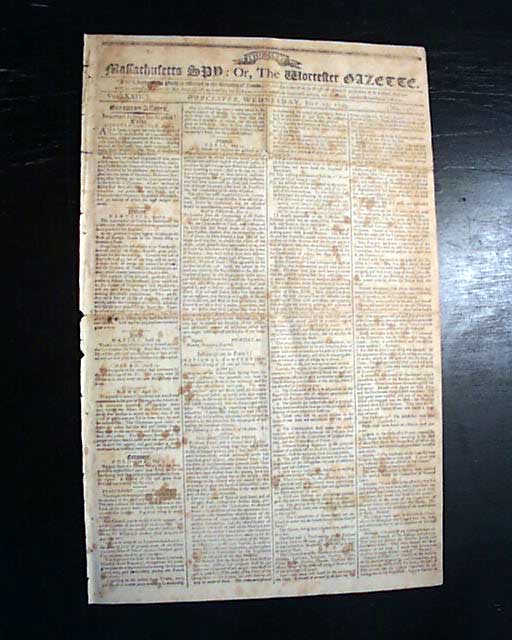