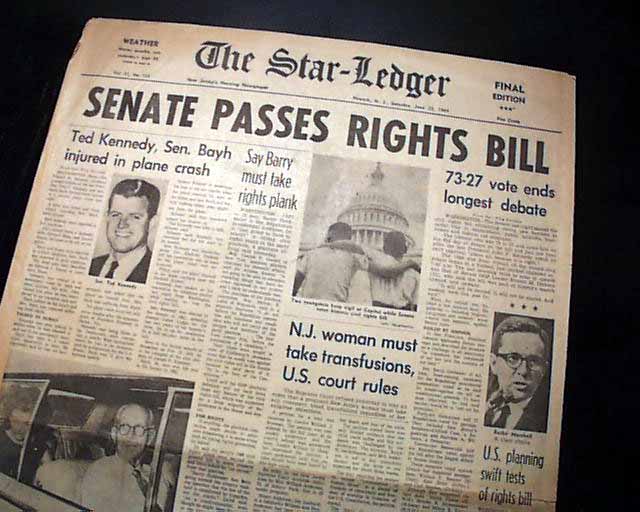 The banner headline announces an historic moment in the Civil Rights battle: "SENATE PASSES RIGHTS BILL" with subhead: "73-27 Vote Ends Longest Debate".
This reports the Senate's passage of this historic Civil Rights Act, which would be passed by the House & signed by the President less than two weeks later. The related front page photo is captioned: "Two youngsters keep vigil at Capitol while Senate votes historic Civil Rights Bill." The text carries over to page 2.
The ftpg. also has a report on Senator Edward Kennedy's survival from a plane crash.
Seemingly complete with 8 pages, minor wear at the margins of the central fold, otherwise very nice..