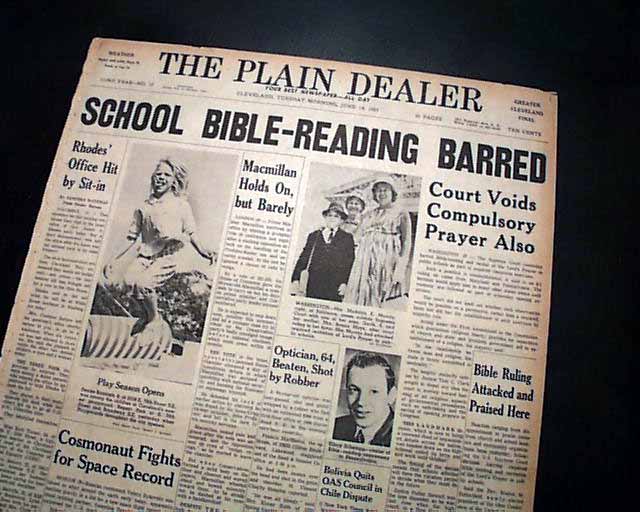 * Bible reading in school is banned by the Supreme Court

Although we have had several newspapers reporting this event, this is the very first issue we have seen with a banner (edge to edge) headline announcing: "SCHOOL BIBLE-READING BARRED".
Included is a subhead: "Court Voids Compulsory Prayer Also". The front page also has a photo of Mrs. Madalyn E. Murray along with her son, Garth, and her mother.
(note: in 1965 she would marry Richard O'Hair, changing her name to the more commonly known Madalyn Murray O'Hair.)
The article begins: "The Supreme Court yesterday barred Bible-reading and recital of the Lord's Prayer in public schools as part of required classroom exercises...". The article carries over to page 9.
The complete first section with pages 1-28 (of 50), light toning at the margin, generally nice.