Home > Back to Search Results > Very dramatic headline on the assassination of Malcolm X...
Click image to enlarge 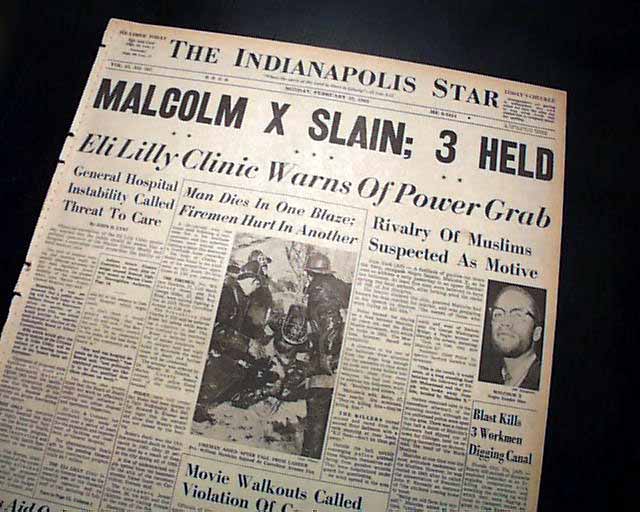 This is a very rare issue with an uncommonly dramatic front page reporting of the death of Malcolm X, the banner head noting: "MALCOLM X SLAIN; 3 HELD" with a subhead: "Rivalry Of Muslims Suspected As Motive". Included also is a one column photo captioned: "Malcolm X Negro Leader Dies".
This is a very difficult event to find as most institutions were not holding hard-copy newspapers at this time (typically went directly to microfilm) and loose issues of this event were rarely saved.
The article begins: "A fusillade of gunfire cut down the fiery, renegade Negro fanatic, Malcolm X, as he rose to address a rally yesterday in an upper Manhattan ballroom...".
The complete 34 page issue, a little irregular along the spine, very nice condition.