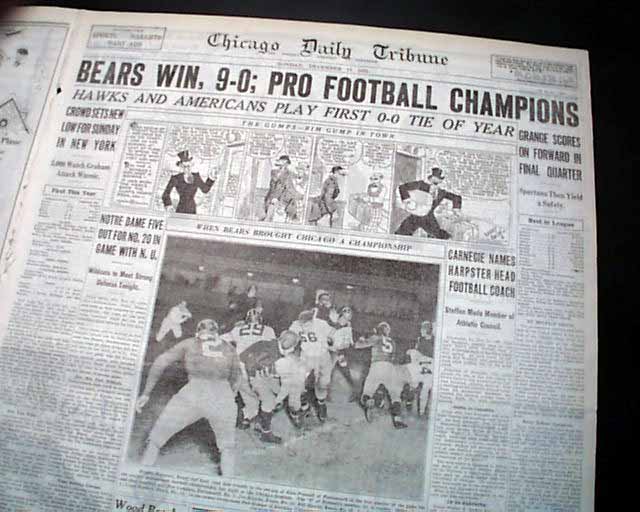 The front page of the sports section--which has its own masthead--has a great banner headline: "BEARS WIN, 9-0; PRO FOOTBALL CHAMPIONS" with subhead: "Grange Scores On Forward In Final Quarter".
The article begins: "The professional football championship of the United States is the property of the Chicago Bears. They won that title last night..." followed by much detail. Included is a photo headed: "When Bears Brought Chicago A Championship" showing Bronko Nagurski among others.
This was the first NFL title game ever played, between the Chicago Bears and the Portsmouth Spartans. Great to have this report in a Chicago paper, home of the victors and from the city where the game was played.
Complete with all 28 pages, this is the "rag edition" printed on very high quality newsprint meant for institutional holdings. A bit irregular at the spine from disbinding, generally in very nice condition.