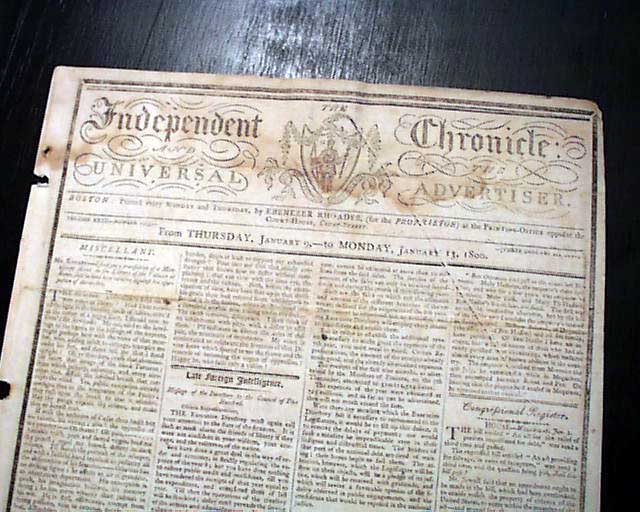 
INDEPENDENT CHRONICLE & UNIVERSAL ADVERTISER, Boston, Jan. 13, 1800  All four pages have wide, black mourning rules for the death of George Washington.
Nearly half of page 3 was taken up with content relating to the funeral of Washington, beginning with a great graphic of a funeral urn headed: "Sacred To The Memory of WASHINGTON". The text begins: "On Thursday last, the tribute of municipal affection was paid to the memory of the Father of our Country. A procession formed..." followed by much detail of the procession which takes the balance of the first column.
There is also a "Hymn" in his honor, and an "Ode" regarding Washington. The back page has a nice: "Tribute Of Respect To General George Washington" as well.
Four pages, binding indents at the blank spine not close to any text, nice condition.