Home > Back to Search Results > 1862 Battle of Fredericksburg begins....
Click image to enlarge 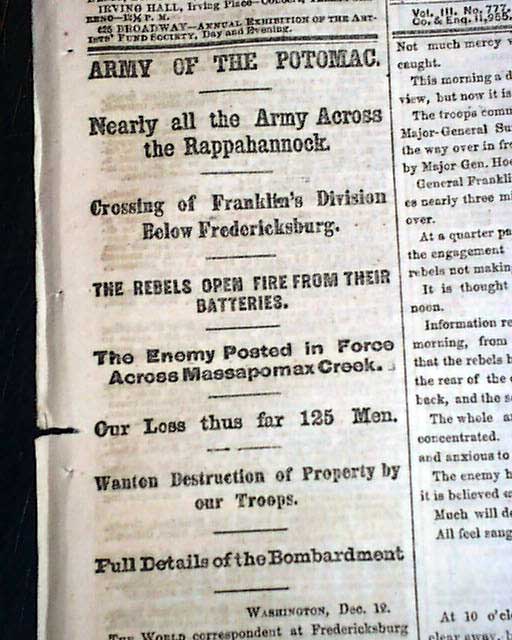 This Genuine newspaper has a Wealth of Civil War reporting from during Abraham Lincoln's administration. Among the one column headlines on the Civil War are: "Army Of The Potomac" "Nearly all the Army Across the Rappahannock" "Crossing of Franklin's Division Below Fredericksburg" "The Rebels Open Fire From Their Batteries" and more. (see)
Complete in eight pages. This issue is not fragile as newsprint from this era was made of cotton and linen rags, allowing them to remain very pliable and easy to handle. Small binding slits along the spine, nice condition. 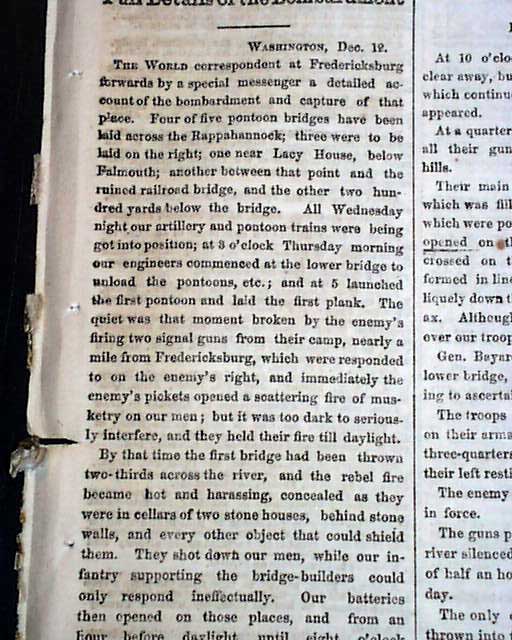 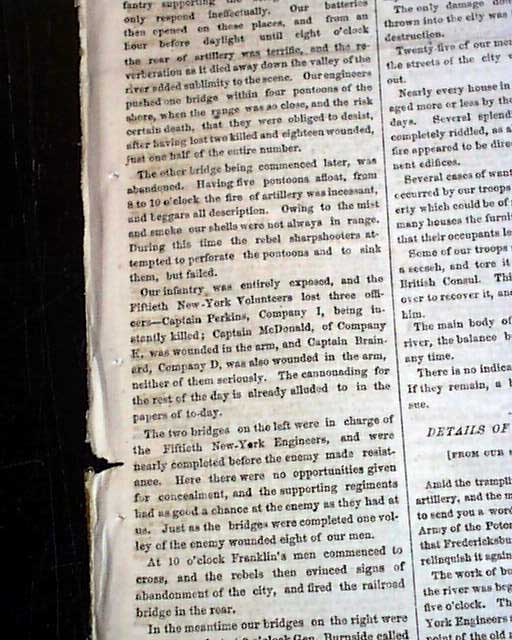 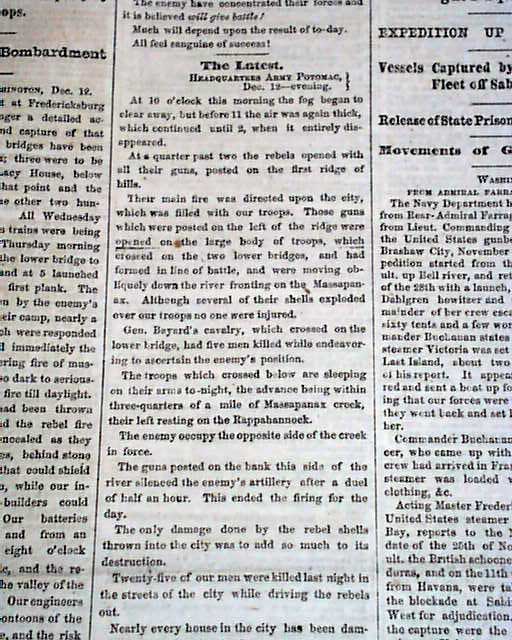 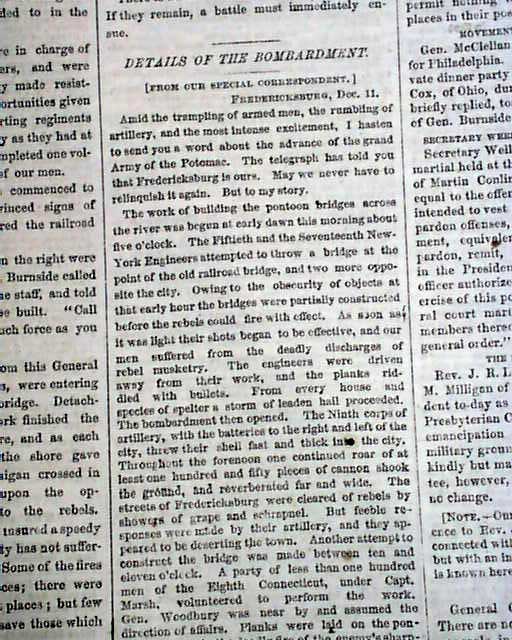 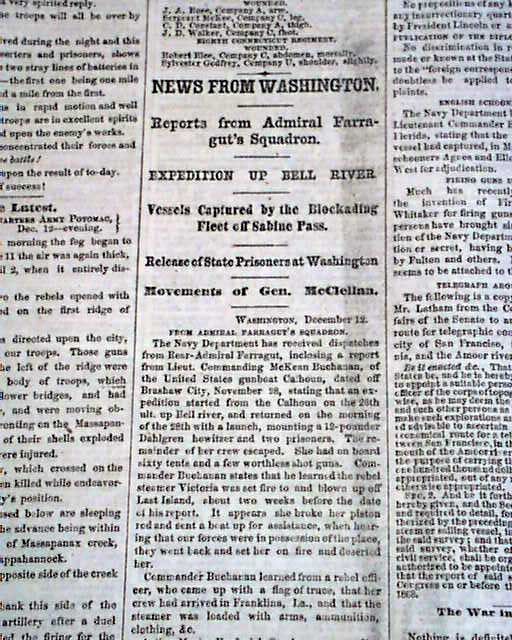 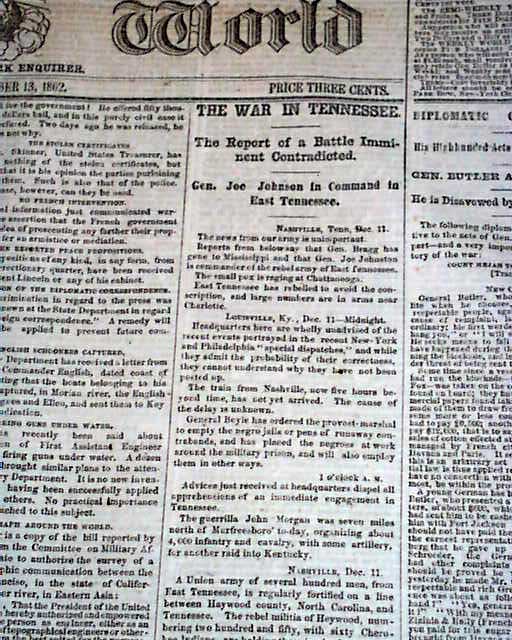 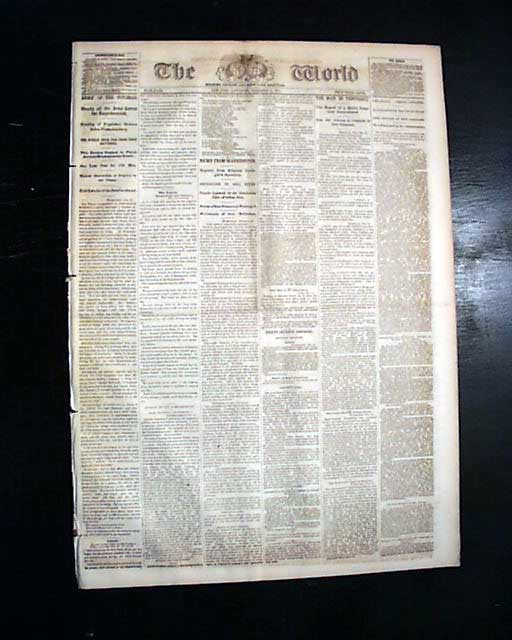