Home > Back to Search Results > The Whiskey Rebellion...
Click image to enlarge 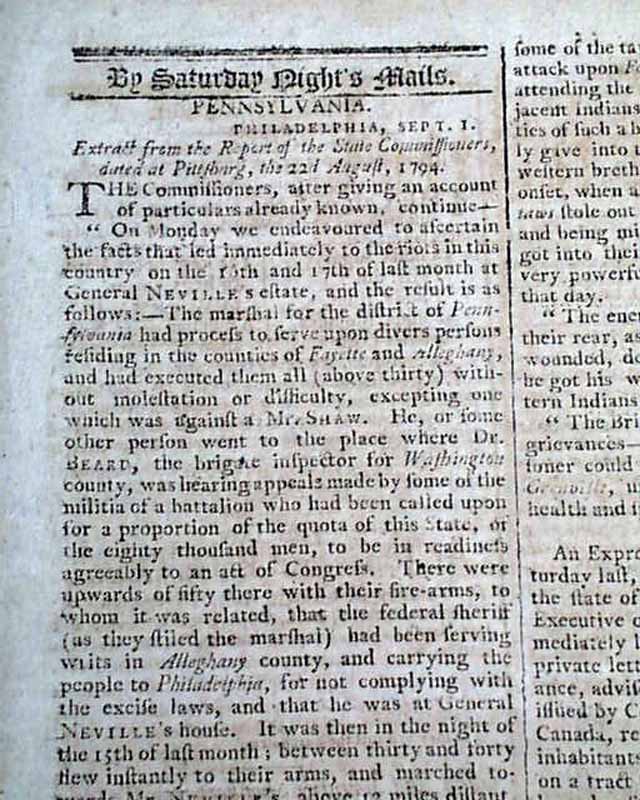 
COLUMBIAN CENTINEL, Boston, Sept. 10, 1794  This issue has content relating to the Whiskey Rebellion in Western Pennsylvania. This was a tax protest by farmers who sold their grain in the form of whiskey. The Whiskey Rebellion demonstrated that the new national government had the willingness and ability to suppress violent resistance to its laws.
Page 2 has nearly an entire column headed "Pennsylvania" which provides the latest reports concerning the Rebellion, as well as a smaller item noting: "...in a forcible manner the burning of houses, raising riots, etc...". Page 3 has a small bit as well.
Four pages, several worm holes at the blank spine, good condition.