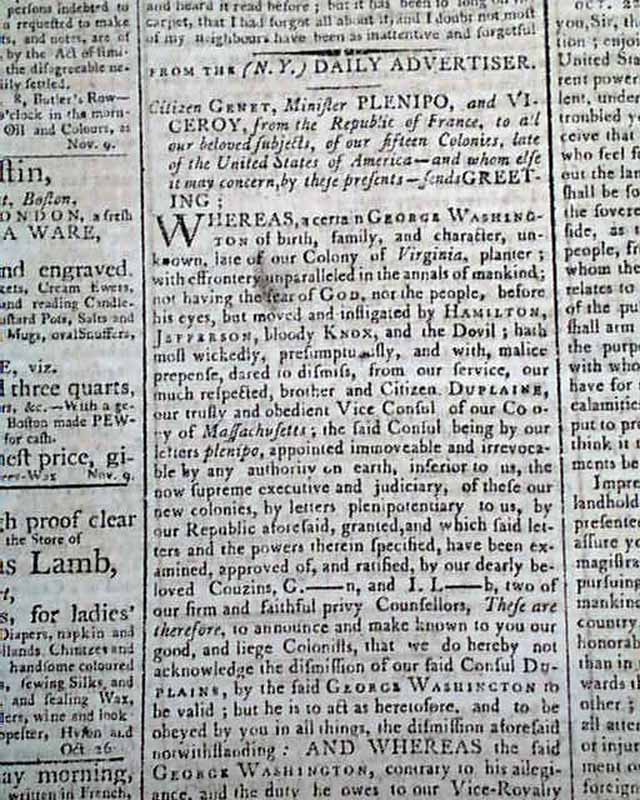 The front page has an address from the people of Fairfax County, Virginia, supporting the President's policy of neutrality, and his polite reply, signed in type: G. Washington.
Also on the ftpg. is a letter from the French ambassador very critical of Washington, beginning: "Whereas a certain George Washington...not having the fear of God  nor the people, before his eyes, but moved & instigated by Hamilton, Jefferson, bloody Knox, and the Devil; hath most  wickedly, presumptuously and with malice...dared to dismiss from our service our much respected brother and citizen Duplaine...".
This, and other reports in this issue, are concerning the Citizen Genet Affair whereby Genet, as the French Ambassador, embroiled the U.S. and France in a diplomatic crisis over America's stand of remaining neutral in the European affairs.
Four pages, very nice condition.