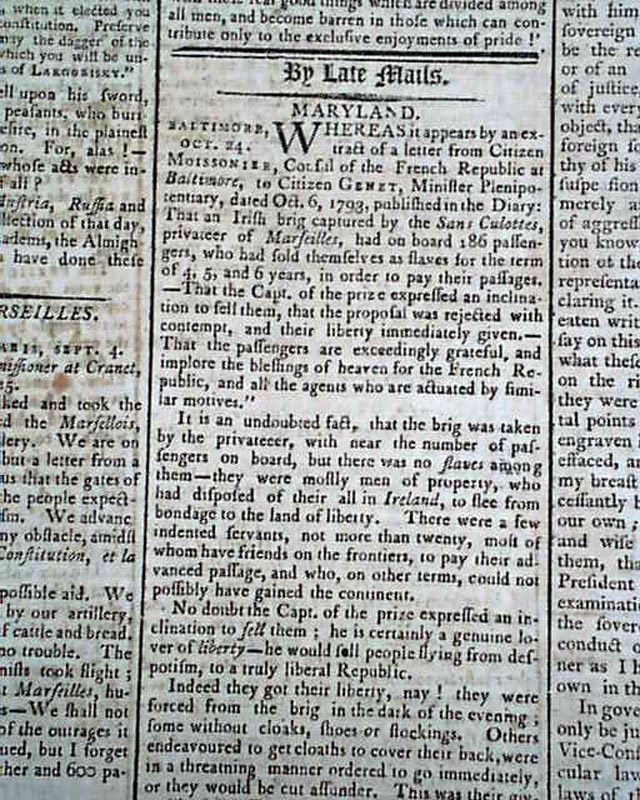 A page 3 item reports in part: "...from Pittsburgh, we learn that General Wayne had marched from the Miami against the Indians with 3000 regular troops and 1500 volunteers from Kentucky....Still Knee, a chief of the Chippawas, had come into Fort-Pitt, with assurance that his nation had resolved to observe a strict neutrality."
Inside also have no fewer than 3 reports concerning Citizen Genet, the French ambassador to the U.S. who was the person in the Citizen Genet Affair which embroiled the U.S. and France in a diplomatic crisis when the U.S. tried to remain neutral.
Four pages, very nice condition.