Home > Back to Search Results > Appropriations for the U.S. Mint...
Click image to enlarge 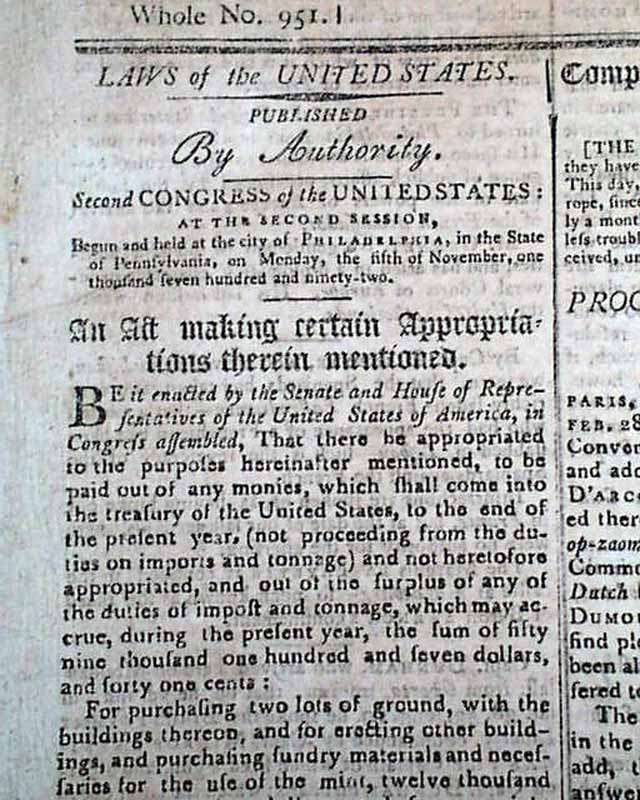 Appropriations for the U.S. Mint...

Taking the entire first column of the front page is: "An Act Making Certain Appropriations therein mentioned".
Included are appropriation: "...For purchasing two lots of ground, with the buildings thereon, and for erecting other buildings, and purchasing sundry materials and necessaries for the use of the mint, twelve thousand and seventy nine dollars, and seventy eight cents:--For the salaries of the officers of the mint, from the first day of July to the thirty first day of December, one thousand seven hundred and ninety two, two thousand six hundred and ninety four dollars, and eighty eight cents:--for the salary of the following officers of the mint..."
The text continues, listing the salaries of the director, chief coiner, engraver, treasurer, and three clerks. The act is signed in type: Go. WASHINGTON as well as by: Th. Jefferson.
Four pages, very nice condition.