Home > Back to Search Results > Account of Louis XVI's attorney in the latter days...
Click image to enlarge 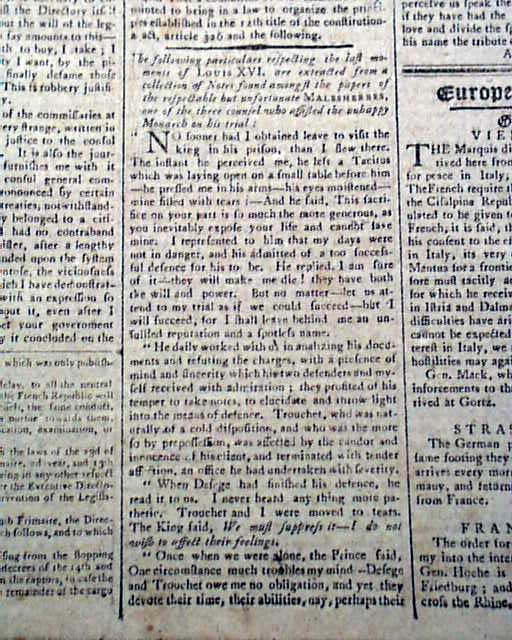 Account of Louis XVI's attorney in the latter days...


THOMAS'S MASSACHUSETTS SPY OR WORCESTER GAZETTE, Oct. 11, 1797  The front page has an interesting report prefaced with: "The following particulars respecting the last moments of Louis XVI are extracted from...papers of the respectable but unfortunate Malescherees, one of the three counsel who assisted the unhappy Monarch on his trial."
One bit notes: "...It was I who first informed him of the decree of death passed against him; he was in the dark; his back turned to a lamp placed on the chimney...".
Four pages, handsome masthead, rubbing at folds causes a small hole not affecting the mentioned report.