Home > Back to Search Results > Laws to be effective in the new state of Tennessee..
Click image to enlarge 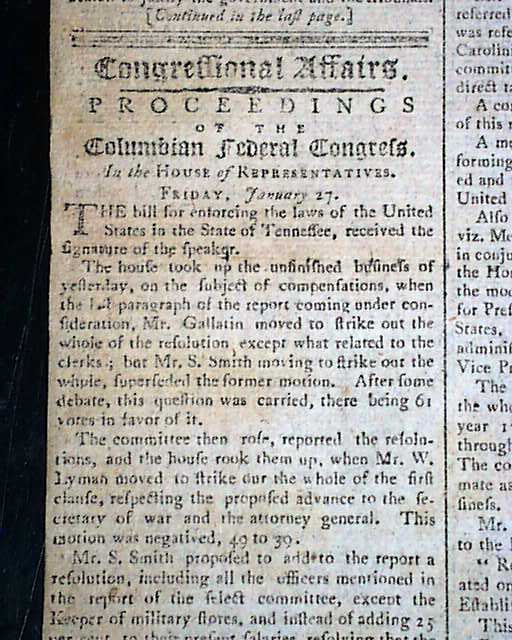 Laws to be effective in the new state of Tennessee..


THOMAS'S MASSACHUSETTS SPY OR WORCESTER GAZETTE, Feb. 15, 1797  Page 2 has various reporting from Congress including talk on making the laws of the United States enforceable in Tennessee, which had recently joined the union.
Four pages, some fold wear, bit close-trimmed at some margins. 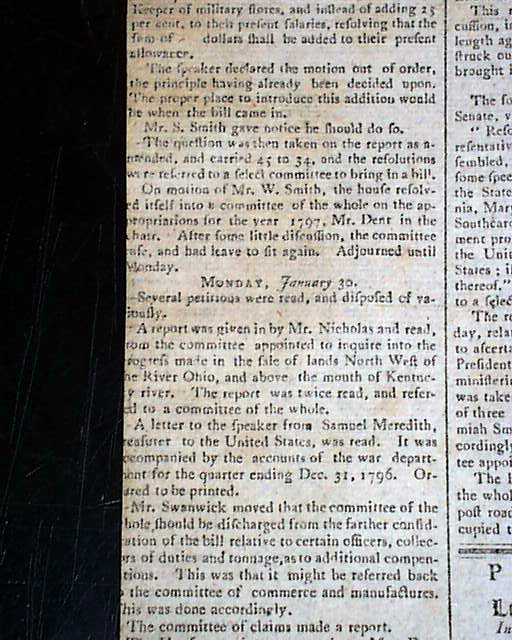 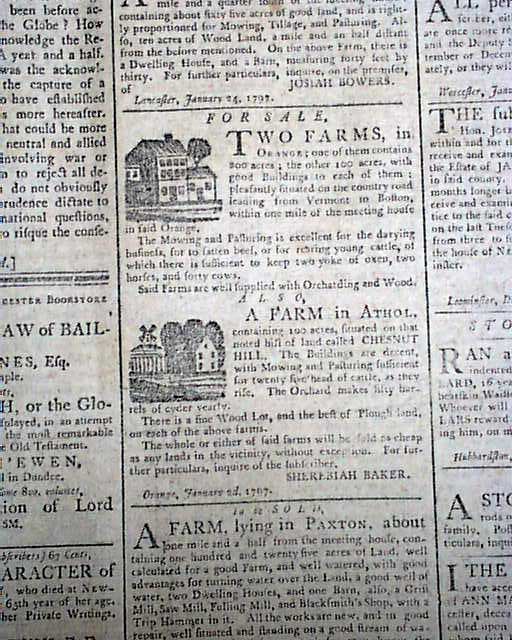 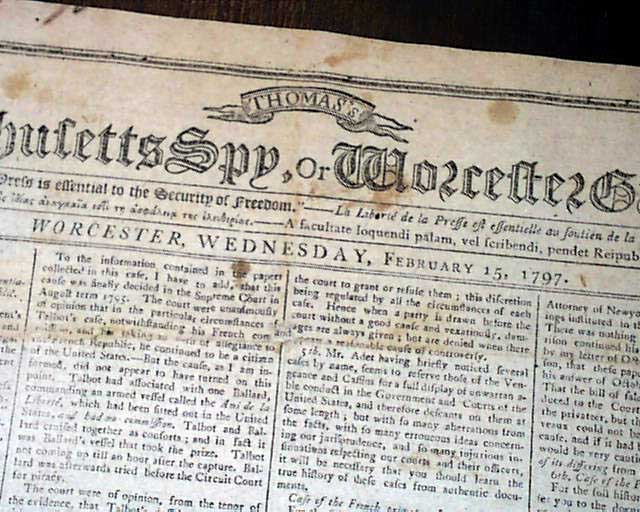 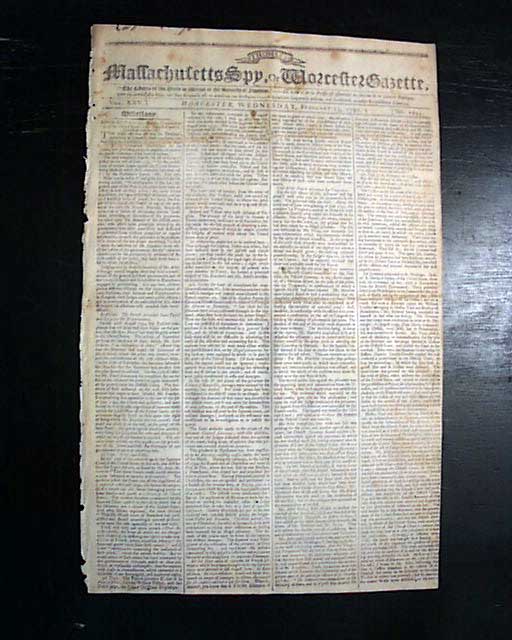