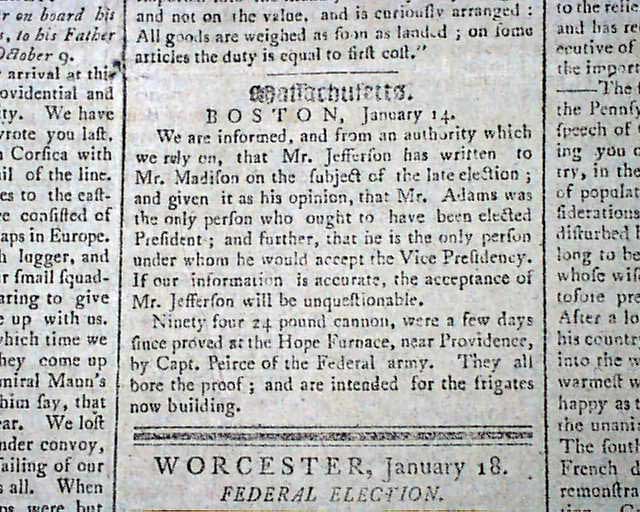 Page 3 has a chart showing the votes for the: "Federal Election" for President, noting the number of votes for each candidate by state. The electoral vote numbers show 71 for Adams, 68 for Jefferson, and 59 for Pinckney, which agree exactly with the counted noted on various websites.
It is prefaced with a note: "...that Mr. Jefferson has written to Mr. Madison on the subject of the late election; and given it as his opinion that Mr. Adams was the only person who ought to have been elected President; and further that he is the only person under whom he would accept the Vice Presidency...".
Four pages, good condition.