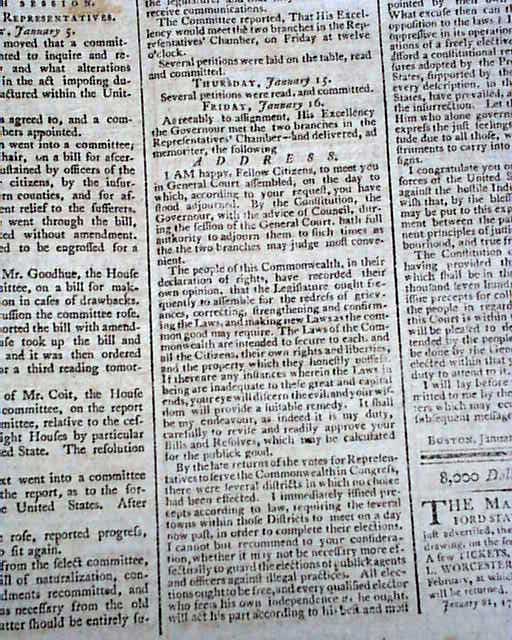 Page 3 has over a full column taken up with what appears to be the governor's state-of-the-state address to his legislature, headed: "Address" and signed in type: Samuel Adams. In it he includes reference to the Whiskey Rebellion in a "sister state".
Four pages, never-trimmed margins, handsome masthead, nice condition.