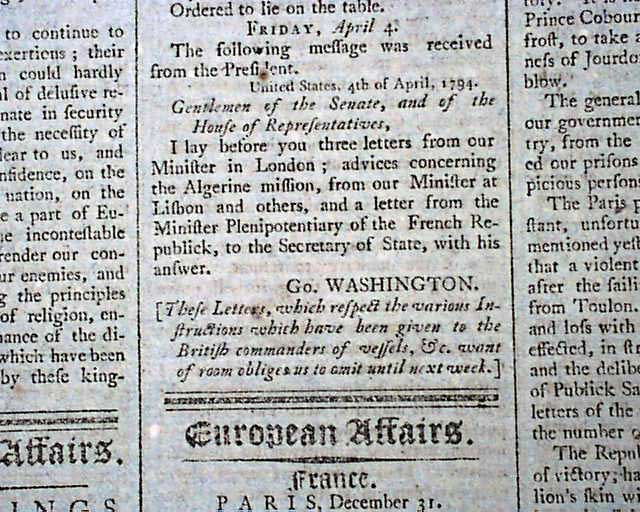 Page 2 has a letter to Congress signed by the President: Go. Washington, being in introduction of carious letters concerning foreign affairs.
Also a report from Virginia that: "...a party of 13 persons...were attacked in the wilderness by a large party of Indians..." with more.
Decorative ads on the back page. Four pages, never-trimmed margins, handsome masthead, very nice condition.