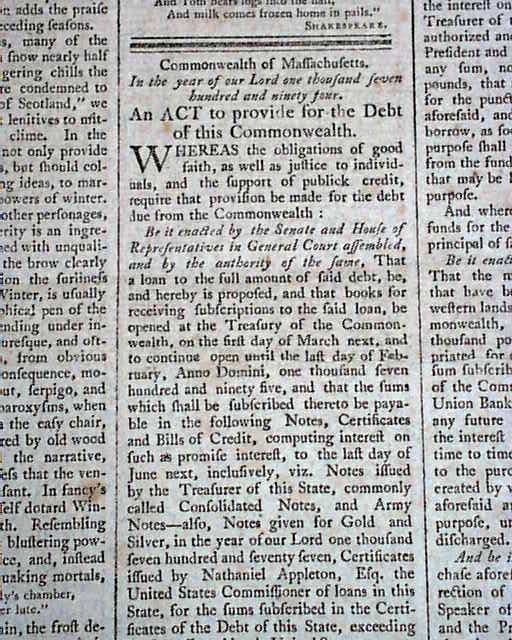 Pages 1 and 2 contain an Act of the Mass. legislature as well as a document, both signed in type: Samuel Adams.
Page 2 has the latest report from Paris on the French Revolution, and page 3 has a report beginning: "A revolution is on foot in Louisiana. French inhabitants on the west side of the river Mississippi...are determined to shake off the despotick yoke of Spain..." with more.
Four pages, never-trimmed margins, handsome masthead, minor damp stain to an upper corner, slightly irregular at the spine, nice condition.