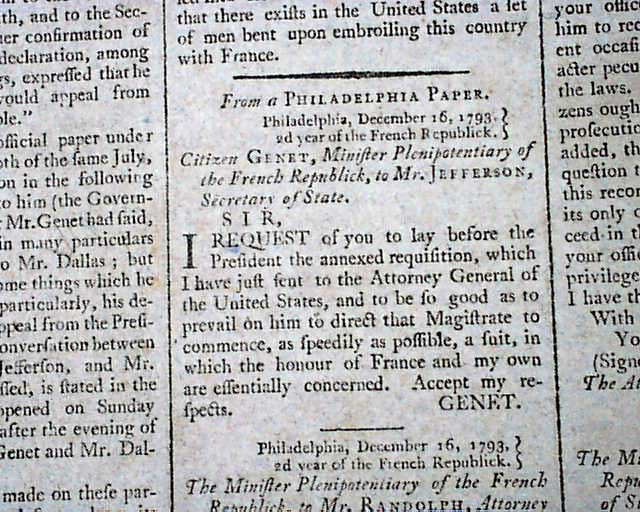 Letters on the Citizen Genet Affair...

Part of the font page and a bit of page 2 are taken up with letters between Thomas Jefferson (two signed in type by him) and Citizen Genet, ambassador from France, concerning what is known as the Citizen Genet Affair, whereby the U.S. tried to maintain a stance of neutrality in the troubles between France & England.
Four pages, handsome masthead, never-trimmed margins, bit of light damp staining, good condition.