Home > Back to Search Results > Washington's state-of-the-union address on the front page...
Click image to enlarge 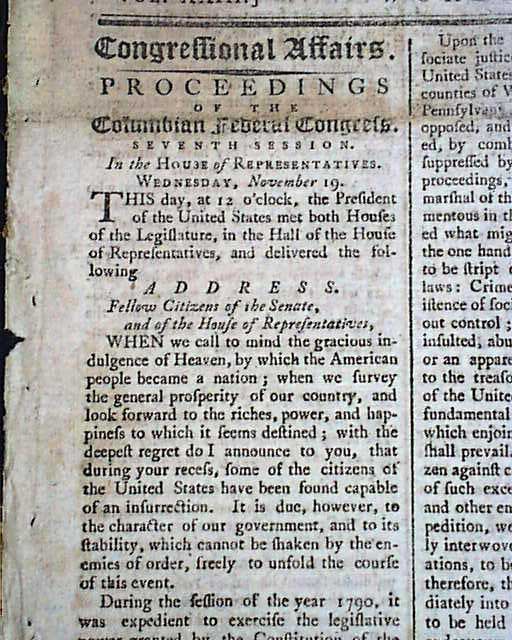 All of the front page and a portion of page 2 are taken up with Washington's: "Address" to Congress, being his state-of-the-union address, signed by him in type: G. Washington. This offers a great overview of the events of 1794.
Page 2 has an item regarding relations with France, beginning: "The Convention having decreed that the flags of the French and American Republics should be united and fly together in the Hall of its fittings, in testimony of the union and friendship..." & signed in type: James Munroe [Monroe].
Terrific to have this important document taking up the front page as typically state-of-the-union addresses were inside.
Four pages, never-trimmed margins, handsome masthead, nice condition. 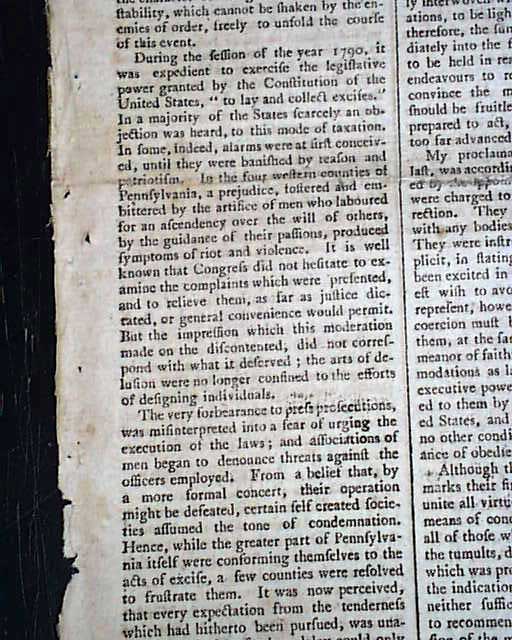 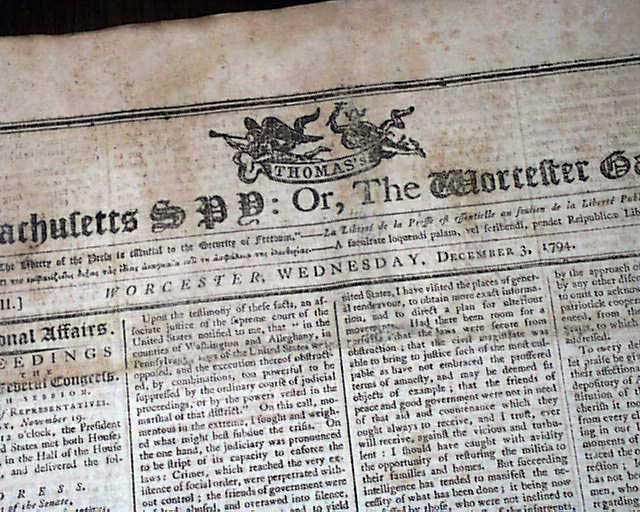 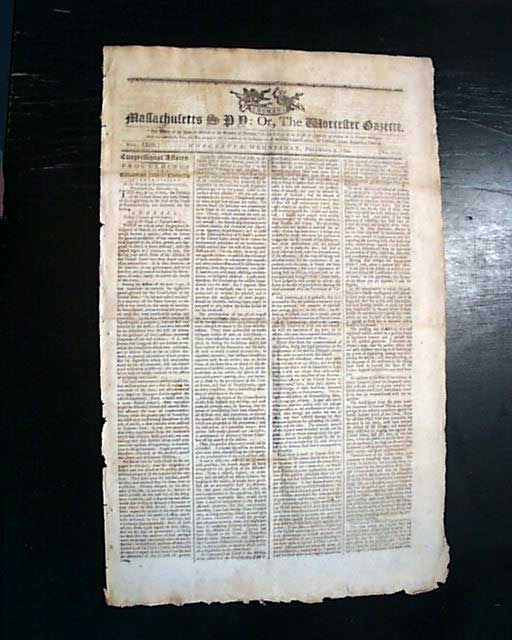 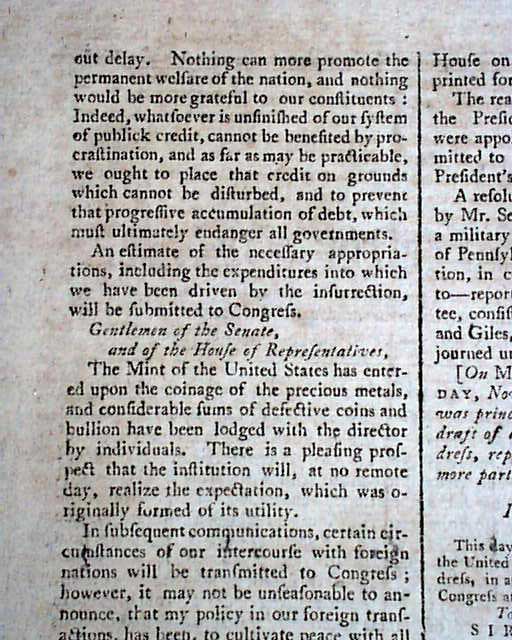 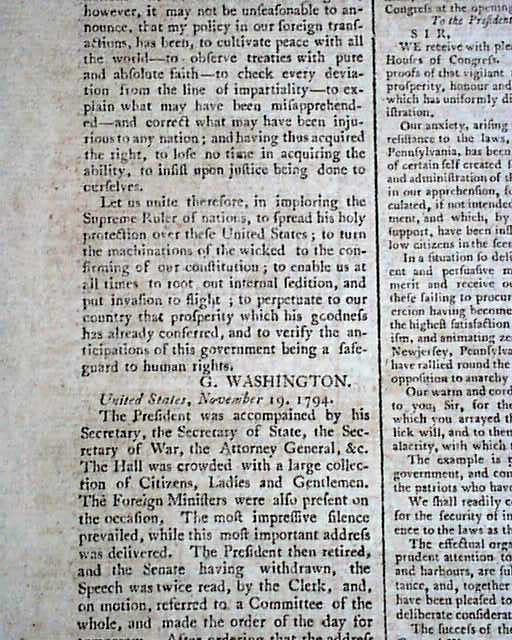 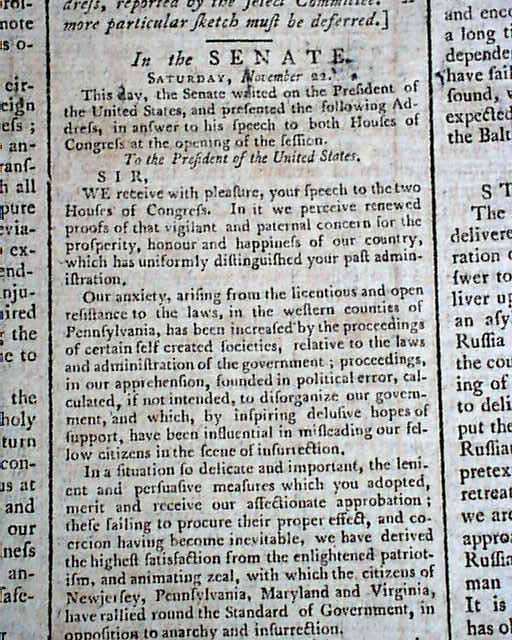 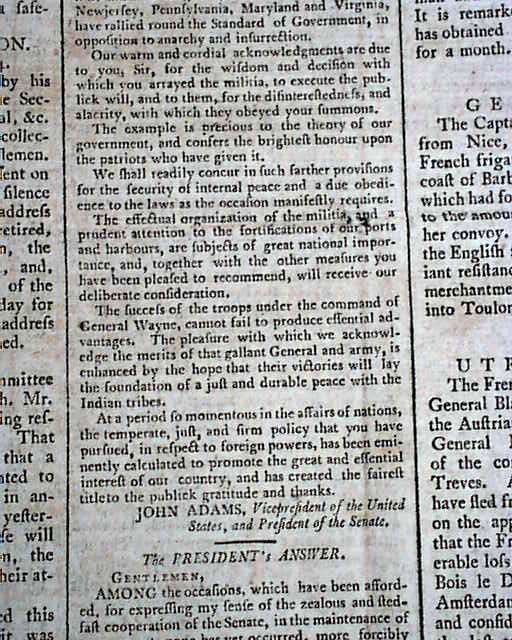 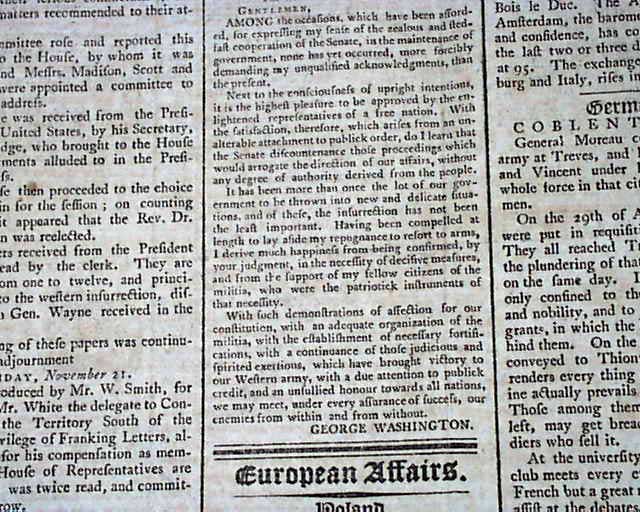 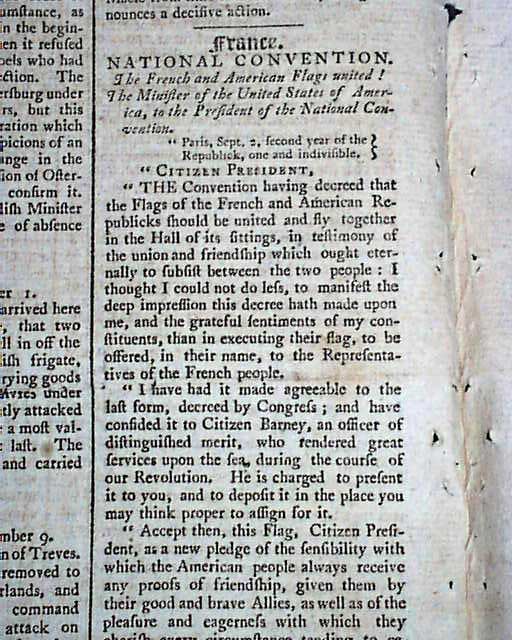 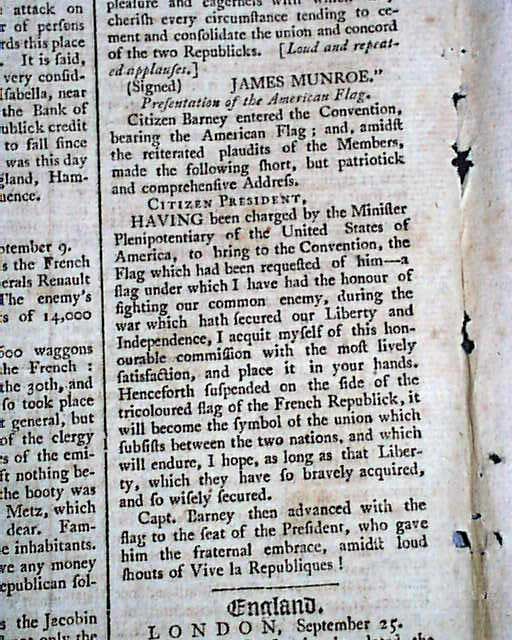