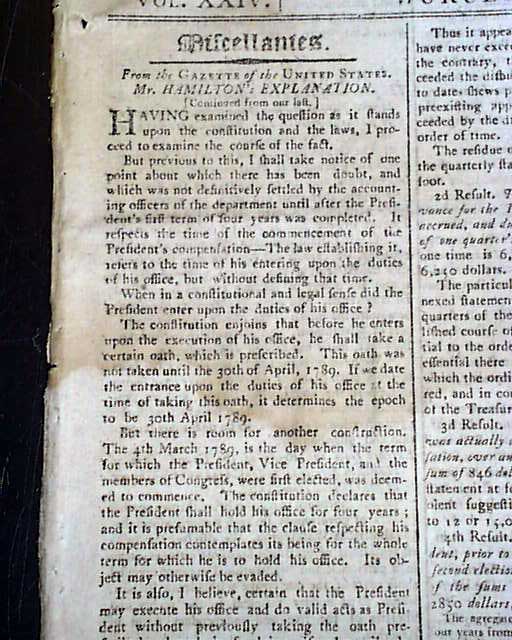 Most of the front page is taken up with the continuation of: "Mr. Hamilton's Explanation" which is signed by him in type: Alexander Hamilton. The controversy seems to relate to expenses for the President. Also on the ftpg. are: "Quarterly Statements of the Account for compensation of the President of the United States..." from 1789.
Page 3 includes the historic annual state-of-the-union address of President George Washington to Congress which takes half of the page (not signed by him). The "Speech" as it is headed, is prefaced with: "This day, precisely at 12 o'clock, The President of the United States met both Houses of Congress in the hall of the Representatives, and addressed them in the following..."
Four pages, handsome masthead, light damp staining to the top half, nice condition.